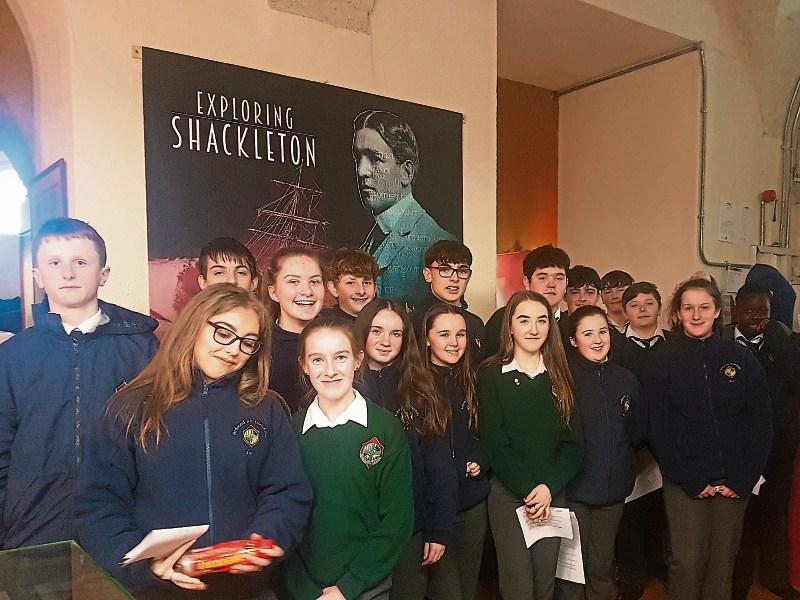 The Exploring Shackleton Exhibition, which runs at the Shackleton Museum in Athy until March 1, 2019 has been hailed as an amazing success, attracting visitors from all parts of Ireland.

“Among many of our tour groups to visit the Exploring Shackleton Exhibition was the C.I.E. Hill walkers club, the Dublin Touring Club and there is also a great flurry of students from the various schools in Kildare making the journey to see this amazing two floor picturesque exhibition celebrating the story  Ernest H. Shackleton’s from birth to death,” said Curator Margaret Walsh.

The exhibition, first time seen in Ireland, is on loan from the world famous Fram Museum in Oslo, Norway.

“In the exhibition you can read about all of Shackleton’s Antarctic expeditions, in addition to his personal life; his voyage on board Discovery with Robert F. Scott and Edward Wilson, the successful Nimrod Expedition, the Endurance Expedition and his often-forgotten Ross Sea Party and finally his death during his 1922 voyage on the Quest," she added.

"The story of Shackleton’s life is fully illustrated with more than three hundred photos and maps from many of the Shackleton archives around the world an also features original artefact, it is a must see.”

SEE ALSO: Talk on the Mound of Killeen