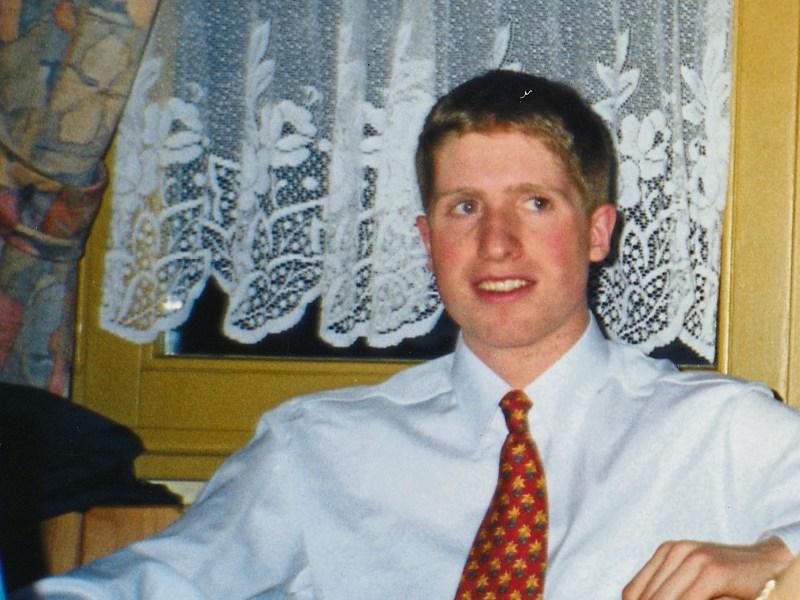 The annual prayer service for missing Naas man Trevor Deely will take place this year on Friday December 7, in Ballycane Church at 8.15 pm.

Trevor’s sister Pamela told the Leader the family still need help in finding out what happened to Trevor 18 years ago this December 8.

“We still need the people of Naas, Kildare and beyond to know that we will never give up looking and trying to find Trevor. He would have been 40 in August so it would have been a great celebration. We have had no new leads since August of last year and his case is still open.  We will follow up on any lead or any clue given. The Crimestoppers reward of €100,000 to find Trevor is still open.”

In the early hours of December 8, 2000, Trevor (22) disappeared on his way home, after attending his office Christmas party. An employee of Bank of Ireland Asset Management, he had spent the early part of the previous evening with his colleagues. It was a wet and windy night and there was taxi strike so Trevor was on foot when he stopped off at his BOI office to get an umbrella. This was the last sighting of Trevor, caught on CCTV leaving the office around 4.14 am. Moments later, the same camera also captures a man walking along in the same direction.

A cold-case review was begun by gardaí in December 2015, which included swathes of evidence being gathered and witnesses re-interviewed. A fresh appeal was issued in April 2017, with gardaí releasing digitally enhanced VHS footage taken on the night of Trevor’s disappearance. Gardaí then began the search of a three acre woodland in Chapelizod in Dulbin on 12 August 2017 as a result of new information they obtained. A large area of the woodland was cleared with a team of gardaí searching the area but nothing was found to link to Trevor’s disappearance.

Pamela thanked the people of Naas, Trevor’s friends and former colleagues who have never forgotten him since he was last seen on December 8, 2000. She said that time has stood still for her parents Michael and Ann since that first phone call to say Trevor had gone missing. She added that all Trevor’s siblings are parents now, herself a mum to three boys and can understand how hard it has been for them from that perspective.

“It just never leaves their minds,” she said. “All Trevor’s friends have been amazing. I am still in touch with a lot of them and they will never forget Trevor -none of us will. The people of Naas have been brilliant and Trevor’s former colleagues still come to the prayer service every year. No one has given up on Trevor and no one ever will."

Members of the public can call Crimestoppers on 1800 25 00 25 and all calls are completely anonymous.