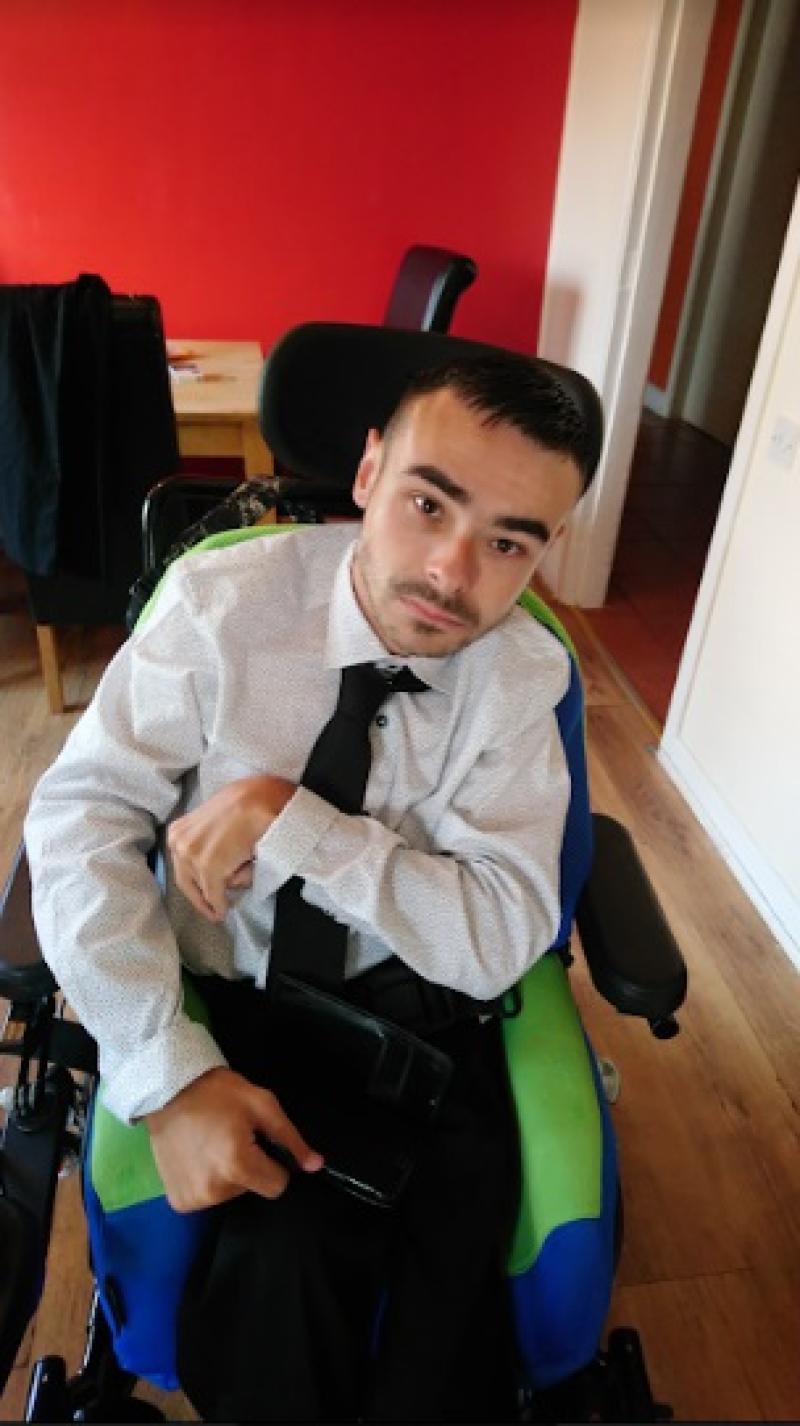 Kenny Delahunt who has been waiting three years for a house

A family who were due to move into their new social house in Kildare town early next year have yet to be contacted by Kildare County Council since the project went on hold due to financial difficulties.

Kildare County Council and MDY Construction of Staplestown, Naas, signed a contract for the construction of 32 new homes in Dunmurry on March 9 last.

JRS Scaffolding was subcontracted to build the 32 houses at Dunmurry Rise in Bishopsland, Kildare town, but cited fears recently that they won’t get paid for their work and began removing their equipment from the site.

All construction work then stopped at the state-funded Dunmurry Rise site amid fears that subcontractors would not be paid.

Wheelchair user Kenny Delahunt (23) and his mother Mary, who have been on the housing waiting list for three years, are due to move into a three-bed house with a one-bed single storey family flat attached in Dunmurray Rise, Bishopsland, in Kildare town at the beginning of next year.

Kenny said the council has not yet contacted them about work halting on the site.

“I haven’t heard anything from the council,” he said.

“I’m a bit shocked and a bit concerned but hope the build will go ahead soon. The house will be tailored to my needs and it will be the first time I’ll be able to live on my own — I’ll have my own front door but my mum will be living next door.”

The family are currently living in council house but it is unsuitable for their needs.

According to mum Mary, who shares the house with her children Kenny, Sophia (19) and Fionn (14), she has to sleep in the sitting room as there is no room.

“I have to sleep in the sitting room because there is not enough room,” she said.

“Nothing has been said to us yet and we first heard about it by word of mouth.

“We were after getting our hopes up but now we are concerned about what will happen. I’m paying off furniture for the new house at the moment — I’ll probably have to put it in storage.

“I walked around the estate this morning it is like a ghost town over there — it could be left idle now for months and months.”

Local Cllr Suzanne Doyle said she will raise the issue of why KCC awarded the contract to MDY Construction despite signs of financial distress at the time.

“I will table a motion at the next district meeting on this,”she said.

“It puts into question how effective the tender process is. One of the conditions was that the contractor be active over the past five years and needed to prove they had done a project in excess of a certain amount to prove that they were robust. This culture of caution may have eradicated some competition and it is no longer serving us. All of these delays — we can’t afford them and this will add to the cost of the delivery of the houses.”

Kildare County Council in a media statement said the contract for the construction of social housing in Kildare town was awarded to MDY Construction following completion of a public procurement tender process.

“Following a petition to the court by the company, an examiner to the company has been appointed.

“Kildare County Council will work to ensure that delays to construction of homes are minimised, and that on-site activities resume at the earliest opportunity,” it stated.

SEE ALSO: Subcontractors seek €100k worth of scaffolding back from build