Subcontractors seek property back worth €100k from site in Kildare town 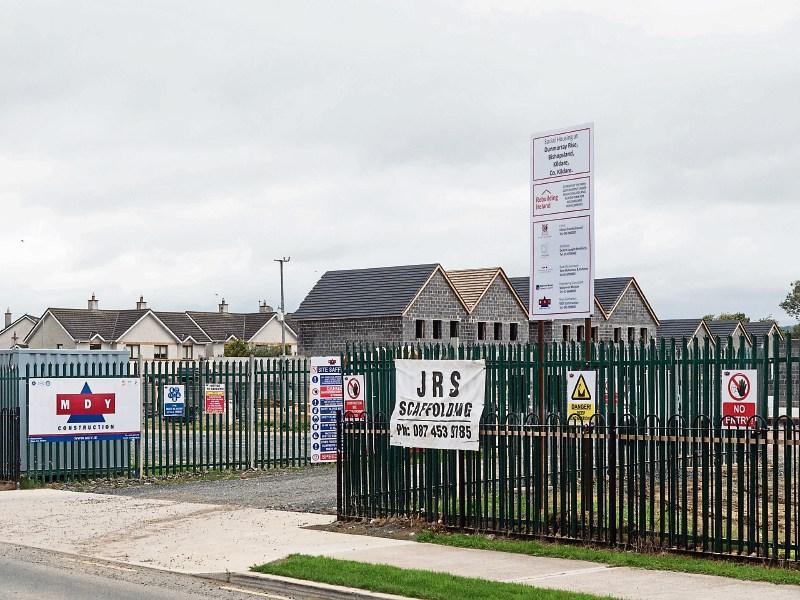 The gates are locked at the site in Kildare town

The stalemate between builders at a social housing development in Kildare town and Kildare County Council continued over the weekend after the builders’ efforts to remove scaffolding from the site last Friday, September 14 were halted by the council.

JRS Scaffolding was subcontracted to build 32 houses at Dunmurray Rise in Bishopsland, Kildare town, but have cited fears that they won’t get paid for their work as the reason behind removing their equipment from the site.

Owner Alan Sherlock told the Leader that KCC let them take down some of the 32 scaffolds last Friday morning but by the afternoon that had all changed.

“We are owed money,” said Alan.

“They (KCC) let us take our equipment down this morning (Friday) and that changed in the afternoon. They haven’t given us a reason other than it is their site and they are not letting us take anything off their site.”

Kildare County Council and MDY Construction of Staplestown, Naas signed a contract for the construction of the new homes in Dunmurray on March 9 last and MDY subcontracted the work to JRS.

Four trailers were sent by JRS to pick up their equipment on Monday morning (yesterday) but efforts were once more blocked by the council.

“We went down there this morning (Monday),” said John Regan, company spokesperson.

“We left a bit hot headed on Friday and we were going to come down on Saturday morning but then we heard it would be open on Monday. We have about €100k worth of material on that site.

“When we arrived the three gates were locked and the security company called us off. There is no reason why KCC can’t give us back our equipment. We reported our goods as stolen to the gardai and were told that is it is civil matter.”

Efforts were made to contact MDY Construction in Naas however no comment had been made at the time of going to press.