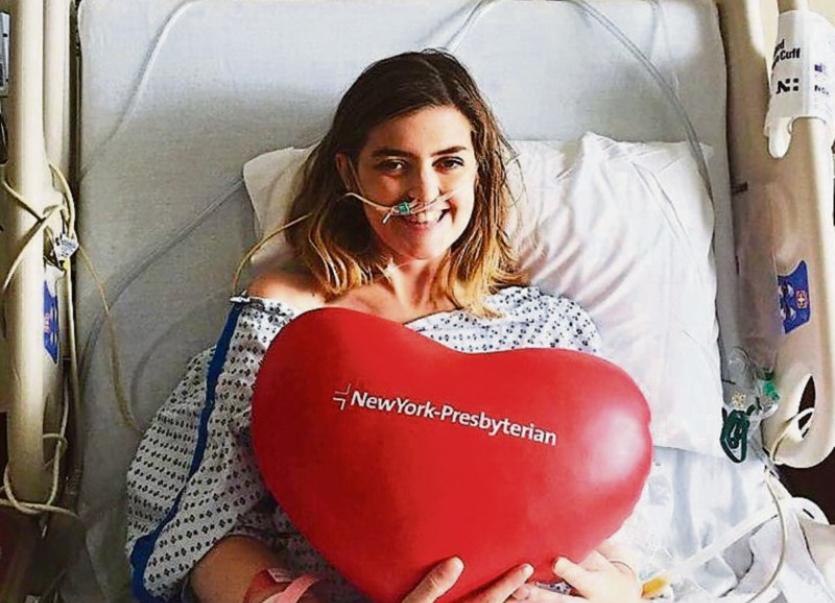 Cystic fibrosis campaigner Orla Tinsley who had a lung transplant in the States recently agreed to  be filmed throughout her ordeal for a documentary.

The 31-year-old Kildare woman wanted to highlight the importance of organ donation.

Orla Tinsley: Warrior, will air on RTE One next Monday, follows Orla as she struggled with failing health and endured six false alarms before finally getting her transplant.

The Newbridge woman has been at the forefront of the fight for improved services for Cystic Fibrosis patients in Ireland. She spent most of last year on a transplant waiting list as her own lungs worsened, and was on life-support before she underwent the lifesaving operation on December 20 last year. It was on the seventh time she was called for the transplant that the organs were deemed to be a suitable match.

She spoke to RTE news last April to mark Cystic Fibrosis Ireland's '65 Roses' awareness day, and described her recovery as "nothing short of a miracle".

She said that regaining her strength since the transplant made her "feel like a teenager again". A visibly healthier Orla said she is doing yoga and cardio three times each a week. She paid tribute to her donor and their family, and her transplant team.