WATCH: 'There was a mouse in the Home Economics room two days ago,' St Paul's Student 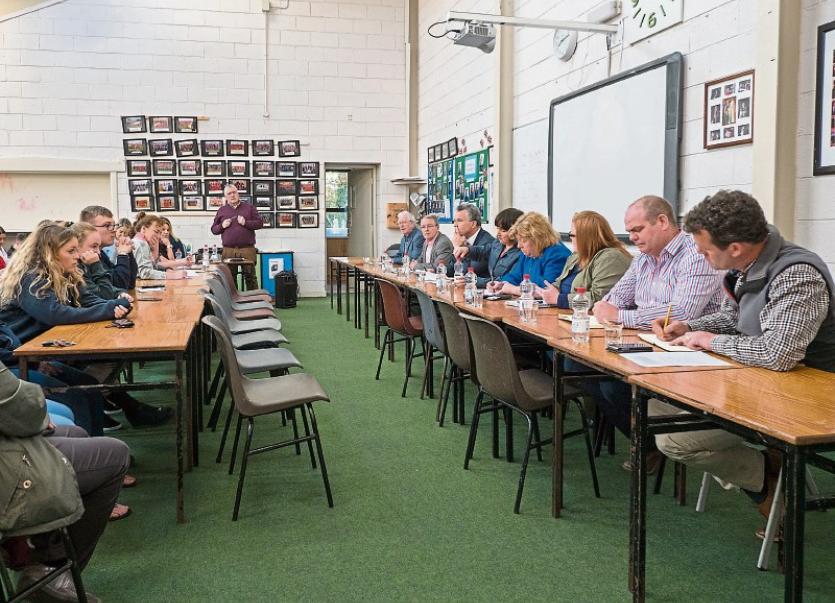 St Paul's school held another meeting to discuss the new school on Thursday, May 10

A student of St Paul’s Secondary school in Monasterevin told a crisis meeting last night that the conditions at the school are not acceptable adding that two days ago there was a mouse in the Home Economics Room.

A St Paul’s student talks about the problems with the school such as a mouse in the Home Economics room two days ago pic.twitter.com/hyKnTP9Hjk

The meeting was well attended by public representatives, students, staff, parents and even former parents whose children were promised a new school 16 years ago.

Those present patiently listened to their elected representatives regarding updates on the long awaited new school.

The news was good for the most part with the message that the new build may be expedited if feasible as there is room ‘to speed things up’.

Deputy Fiona O’Loughlin TD said that the Department of Education feels that the new school could be delivered before the end quarter of 2019.

“This is top priority (with the Department of Education) now over any other building project in the country,” she said.

“The Department feels they well deliver the new school before the end of quarter 3, 2019.”

The Department of Education have confirmed they may be in a position to deliver the new school before end of 2019 in Monasterevin pic.twitter.com/TSXVilminI

The meeting heard from all the public representatives present who all in turn delivered the message that the Department of Education is going to move on new school now although there can be no shortcuts.

The main issues involved the delays with the procurement of the site, the traffic management plan and the design team.

The meeting heard that developments have been made in most of these areas and that pressure will be kept on the council and the Department of Education to keep ‘things moving to get this over the line’.

The meeting then got a little heated after TD Brian Stanely asked when was the last health and safety audit carried out in the school.

Angry comments the floor shouted that there would be a ‘fear to audit the school because it would be closed down’.

“We’re all hearing very positive messages but there is nothing concrete here,” said Aidan Mahon from the floor.

“We’ll have to meet again in two weeks time. Brian Bergin (Principal) has gone above and beyond his job description. He is managing a school in crisis and driving a new build. The community has said no more – we want out new school.”

This community has said no more we want our school -we are hearing positive messages but nothing concrete- Aidan Mahon speaking from the floor pic.twitter.com/Xdwpj78LL7

READ MORE:  You can feel the school building shaking