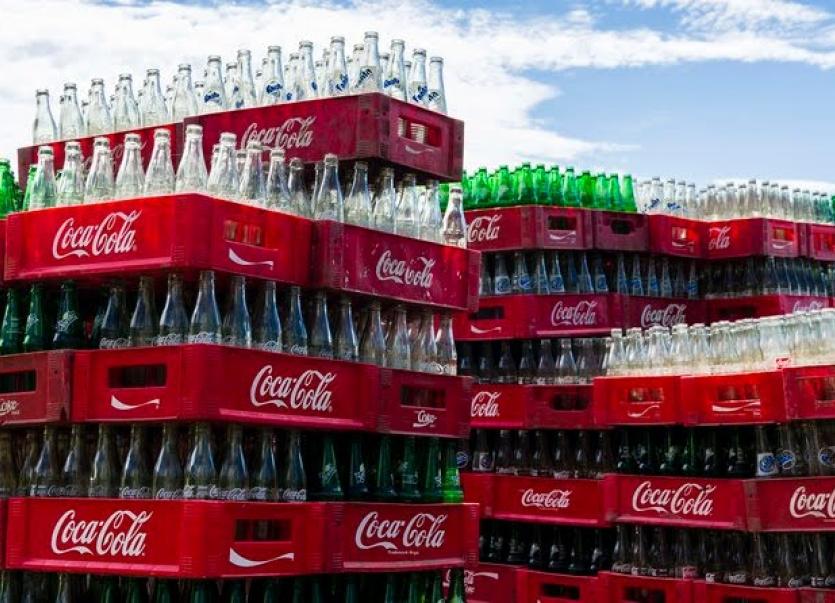 Athy is reeling in shock in the wake of the news earlier today that the Coca-Cola plant is to close with the loss of 82 jobs locally.

Coca-Cola announced that following a review of concentrate manufacturing, it is proposing the transfer of production from its Athy International Concentrates plant to Ballina Beverages in Co Mayo.

It has proposed that Athy International Concentrates will close on a phased basis from September 2018 to December 2019.

“It is devasating news for the town – there is no other way to describe it, “ said local councillor Mark Wall.

“It is one of the last manufacturing plants that we have in Athy. A lot of the employees have young family and mortages to pay so there isn’t that option of going to Ballina. The plant provided generational employment in Athy.”

The closure would result in the loss of 82 direct jobs, with 43 of those roles transferring to the Ballina plant.  Employees from Athy would have the option to transfer.

“These are highly skilled employees who have worked at the plant for 20 to 30 years,” he added .  “The company have even been hiring recently so that is why it is such a huge shock locally. There needs to be a government response to this. Athy has been over looked for too long. Athy needs employment – we need the IDA to get behind employment in Athy.”

A company spokesperson confirmed that plant has been in operation in Athy for the past 45 years. Coca-Cola took over operations from Schweppes in 2000. Coca-Cola will now commence a period of consultation with employee representatives at Athy International Concentrates.

“There are long standing employees here at the plant who have all been informed,” she said.

“It was really important that they were told before it was announced publicly. They will now have time to reflect on what they heard today before any consultations with staff unions take place.”

Kildare South Fiona O’Loughlin has said that the news that Coca - Cola is set to close its concentrate manufacturing plant in Athy is a major setback for the local community.

Deputy O’Loughlin has called on the Minister for Employment Affairs and Social Protection Regina Doherty to ensure that every support is made available to the workers affected by the plant closure.

Deputy O’Loughlin said, “This news is deeply worrying and comes as a shock to the workers and their families. Coca - Cola has been operating its plant in Athy for 45 years and this has led to massive spin off investment down through the years. It’s disappointing that this tradition is set to end from December 2019.

“Minister Doherty and her Government colleagues need to ensure that every support is made available to the workers affected by this awful news. They need the opportunity to retrain and apply for other roles in their local community. I’m also calling on Coca - Cola management to do all they can to accommodate workers during this difficult time.

“Athy is already suffering from a high rate of unemployment and in many ways the town has been left behind in recent years. The Government needs to redouble its efforts to attract new investment into the community following this news. The plant site should not be allowed to sit idle in the years ahead. The IDA should be instructed to find a new employer to make use of the site as a matter of urgency,” concluded Deputy O’Loughlin.

Last March the drinks manufacturer announced that in the region of between eight and ten employees at the plant would be made redundant.

The job losses came that time as part of an operational re-org that was to see up to 50 redundancies across several other plants including Drogheda, Ballina and Athy.

The news of the re-organisation appeared at the time online before it had been announced to all employees.

Described at the time as a 'handful of employees' that were impacted the news came as a huge shock to all involved at the plant located at Townparks Industrial Estate in Athy.