WATCH: New school for Monasterevin may be fast tracked 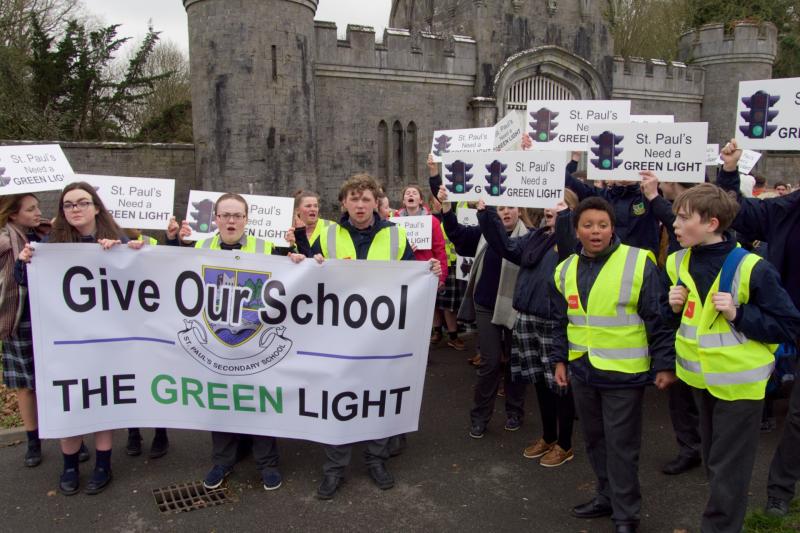 Protesters at the march for the new school held last year

The Minsiter for Education has confirmed that the delivery of a new school for Monasterevin could be expedited according to Ceann Comhairle. Seán Ó Fearghaíl, TD.

The Ceann Comhairle. posted a video on social media last night (Wednesday) in which he states that the Minister said that if the design team can deliver the project earlier then the Department of Education would expedite the delivery of the school.

This comes in the wake of a committee meeting held in the Dail yesterday where school principal Brian Bergin spoke of his ordeal and frustration in getting the new school delivered on time.

The Principal of St Paul's school in Monasterevin has appeared before the Joint Committee on Education and Skills in the Dail this afternoon.
The lapse in time between the announcement of the construction of new schools and the time at which their construction is completed was on the agenda of the Committee on Education and Skills  on Tuesday, 17 April 2018.

Mr Bergin spoke of how the initial hopes of a new school in 2005 gradually turned to frustration, anger and despair due to the long waiting process.

He asked if the Department of Education could expedite the time frame of March 2021 for the new school at Moore Abbey. He also wanted to know what role did the State play in choosing the site at Moore Abbey and why is there on going legal issues around procurement of the site.