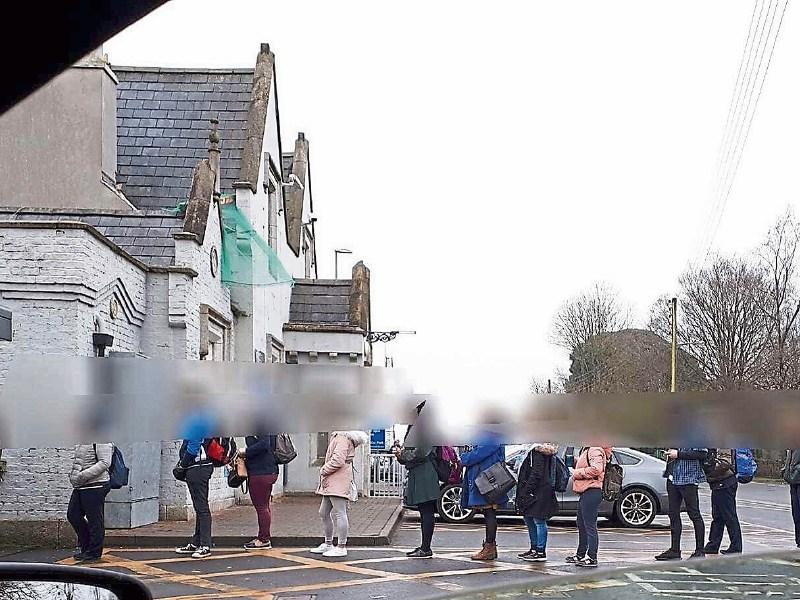 The Athy Municipal District members have agreed to write to Irish Rail and the National Transport Authority (NTA) over high prices and overcrowding for commuters in Athy and Monasterevin.

The motion was tabled by Cllr Mark Wall at this month’s area meeting held on Monday, March 12. According to Cllr Wall commuters are paying too much to have to stand in carriages.

“It costs €3,290 a year for a commuter in Monasterevin and €3,500 for a commuter a year in Athy and this is the service they get, having to stand some or most of the way to Dublin,” he said.

“I cannot accept that you pay these sums to stand and the last service to Athy is 8.15pm. There was queue this morning at Athy Train Station, at least 23 people were queuing in the rain.”

The meeting heard that at a recent meeting with KCC and Irish Rail the council was advised that pricing is a matter for the NTA and not within the control of Irish Rail.

With regard to overcrowding and facilities for commuters, members heard that Irish Rail advised that they are examining options for increasing capacity along existing commuter routes. The meeting heard Irish Rail has a capacity issue and is looking to refurbish old carriages to try and cope with the new user level commuting to Dublin. It was agreed that the letter will be sent to both parties.