LARK's Into the Woods launch night 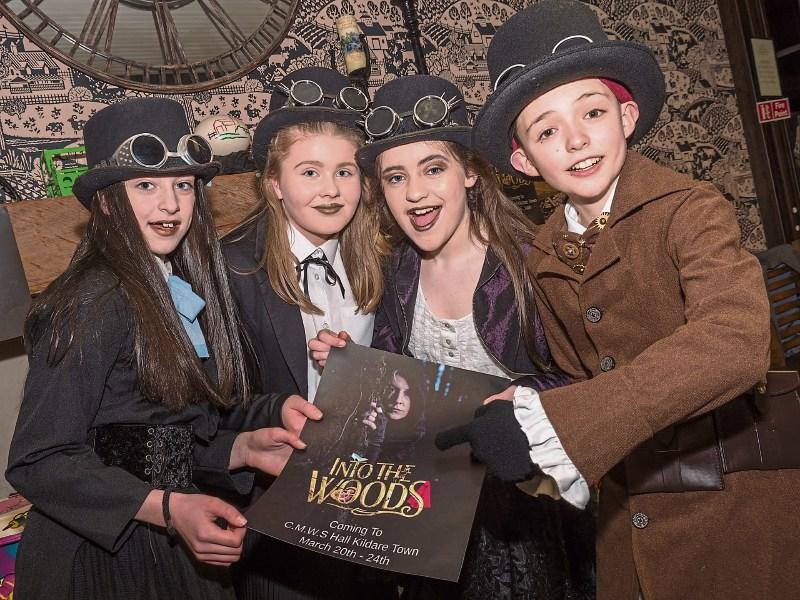 Kildare Town’s muscial society LARK are busy putting the finishing touches to their latest production of Into the Woods which will be staged in the CMWS hall on Tuesday, March 20 to March 24 next.

There was a successful launch party held recently at Kildare Farm Foods recently.

Guests were invited to take part in a special train journey around Kildare Farm Foods where they met all the characters from the show. The children were strategically placed throughout the farm where they showcased their costumes for the show. The train was guided by both Little Red’s (Anna Leavy and Juliet Hill) and along the way guests were greeted by the Baker (Jon Jones) and his Wife (Kym Kelly) who were at their cottage baking bread with the wicked witch (Dawn Broughan) lurking nearby.  The Giant (Marce Lee Gorman) was also in attendance on the night. Jack (Jody Flanagan and Conor Comiskey) was seen running around looking for Milky White (Tom Dunne), Rapunzel (Chloe Heffernan) was sitting high in a tower just before the cottage and the Wolf (Dominic Reid) entertained guests at different intervals throughout the journey.

"A great evening was had by all as the cast showcased the song “Ever After” to the guests. Our musical director Lisa Nagle was very pleased with how the cast performed and is really looking forward to seeing this production come to life on the stage of the CMWS Hall, Kildare Town on 20 March. LARK’s Photographer Les Kelly Studios was on hand to capture the fun.

The launch coincided with the launch of LARK KILDARE’s brand new website www.larkkildare.com which went live that same nights. Tickets are available in Aras Bhride, Kildare Heritage Centre and online.

LARK turned heads last year with their all singing and dancing video announcement of their 2018 show Into the Woods on social media.

It showed off the range of talent with this year’s cast and crew. Into the Woods runs from 20 March to 24 March with a Matinee show also on 24 March.

See this week's Leader for a full page of pictures.