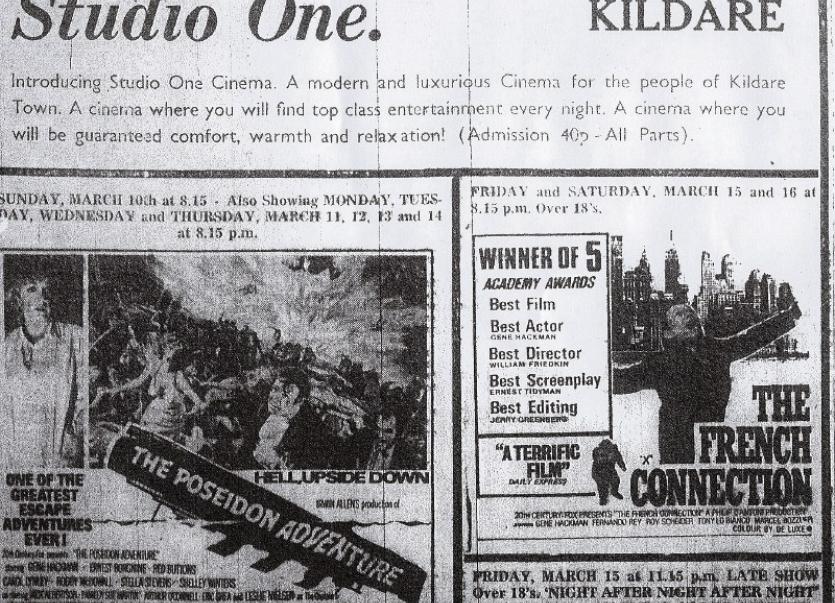 Kildare town’s former Tigerlilly nightclub will re-open this Friday under the new name of Studio One.

The new name is a nod to the old cinema in Kildare town, which was founded by Joe and Marie Flanagan, and ran from 1973 to 1987.

The first movie shown by the new owners in 1974 was The Poseidon Adventure featuring Academy award winner Gene Hackman. In its hay day the one screen cinema seated 850 people.

The new venue has small references to the old cinema and the  logo outline has a hint of an old cinema admission ticket.

“We are excited to embark on this new phase for Studio One. We felt it was fitting to use this name. In essence it’s where we started from” cites managing director Brian Flanagan.