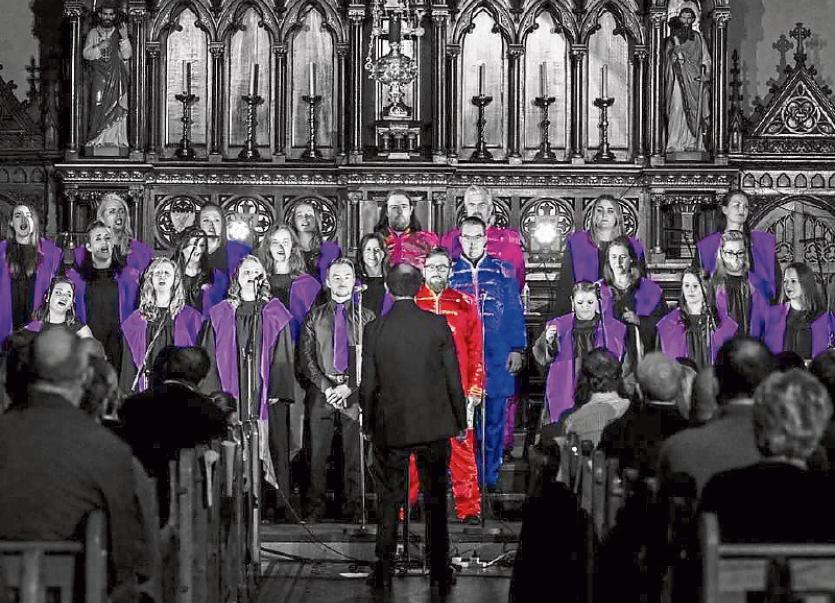 The Maynooth Gospel Choir will channel the late great Freddie Mercury for their next gig at the Button Factory in Temple Bar, Dublin, on Saturday, November 4, at 8pm.

They are bringing all the Queen hits, from Radio Gaga to Bohemian Rhapsody, with a gospel twist.

The Maynooth Gospel Choir was formed in 2007 from the Maynooth University Gospel Choir, with the aim of bringing Gospel Music to the people of Kildare and beyond.

The Choir have enjoyed many wonderful experiences through the years including; touring around Ireland with Jack L, performing with Don Baker and Clara Rose, performing alongside St James’ Brass and Reed Band, appearing on RTÉ’s Don’t Tell the Bride, The Ray D’arcy Show, The Saturday Night Show with Brendan O’Connor, and featuring on Radio 1, 2FM (with Gerry Ryan), Today FM, East Coast, and Spirit Radio. They have been actively performing for countless charities, companies and festivals including, Special Olympics Ireland, Console, Culture Night, and The Dublin City Soul Festival, Vantastival with Jack L, and Facefest, both in 2016.

In 2012 they were voted Wedding Musicians of the Year and had the privilege and honour of performing in the opening ceremony of the Eucharistic Congress 2012 in front of 15,000 spectators at the RDS and countless more on television!

They describe themselves 'a passionate, music-loving bunch, under the baton of wonderful director Michael Fay'.

Michael originally set up the choir, and has since returned to be Musical Director.