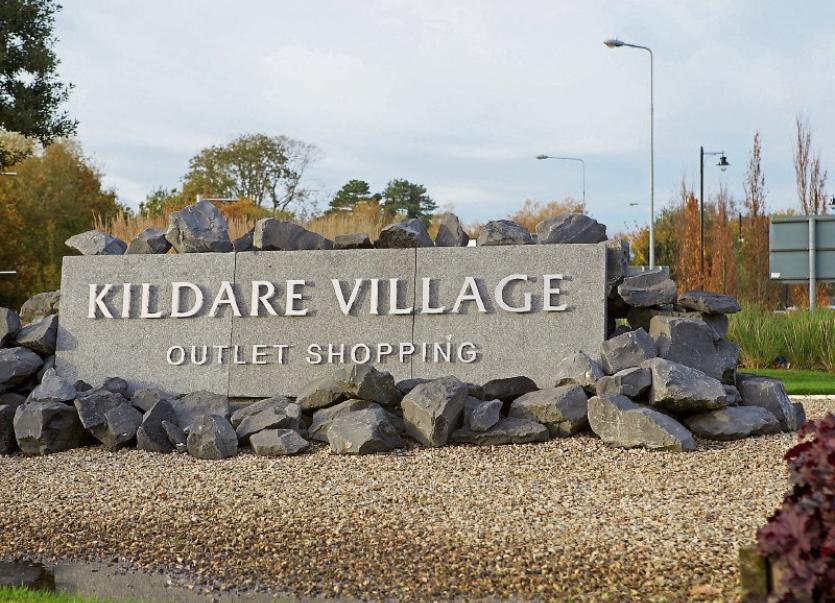 Massive expansion plans, which would see Kildare Village increase by a third and bring an estimated 500 new jobs, have been lodged with Kildare County Council.

“We continue to invest in its growth and are seeking permission to increase the size of the Village, mirroring our previous expansion.

“Since Kildare Village opened in 2007, we have brought more than 1,000 jobs to the area, contributing around €5.5million to the local economy, and we look forward to creating more opportunities for local people,” said a spokesperson.

The plans were lodged on Monday May 14 and are being validated by the council. This happens with every planning application before it can be processed.

If the plans get the green light, the expansion will bring the number of outlets in the Village to 120, adding to brands such as Armani, Ralph Lauren and French Connection.

“We are delighted by the performance of Kildare Village since its expansion in December 2015. We have seen a substantial increase in the number of guests, especially from overseas, who are bringing new money into the local economy,” added the spokesperson.

The expansion plan proposes demolishing three existing shops and a restaurant to integrate a two-storey car park as well as the new shop units.

Local councillor, Suzanne Doyle said that some aspects of the application are very positive, including the location of the new two storey car park, which will be developed at the north of the site and close to the town.

“In excess of 4 million people visited the village last year. If we want these people to also visit Kildare town then they need parking,” she said.

“If this is convenient to the town then people might pop into the town as well. It is imperative that Kildare town prosper from this as well.”

According to Cllr Doyle, there needs to be easy access to the town otherwise visitors might as well be parking in “outer Monoglia”.

With vacant units in the town and local businesses not often seeing the footfall from the Village, she stresses this new proposed expansion is an opportunity to address that.

“There is an opportunity here to correct that. There is a potential possibility to link the Village with the town otherwise there is no point in having it on the periphery — you need to be able to see the town from the Village,” she said.

“Kildare town needs to be able to access that market as well.”

The company is owned by Value Retail which owns 11 other designer outlet centres in Europe and China.

According to company accounts, the directors believe the value of its current investment property is €101m.

Accounts for 2015 show that after finance costs of €7.3m, Value Retail Dublin recorded a pre-tax loss of €6.9m.

Meanwhile, Phase Two earned the local authority a once-off development levy payment of €650,000 as well as €240,000 in annual rates.

The third phase of the Village, if approved, will see the floor space increase by 6,212sq mtrs and access would be through the existing Village on the Nurney Road.

Whitewater Shopping Centre objected to the second phase of the Village being granted permission.

An Bord Pleanála held an oral hearing at the Hotel Keadeen and it later approved the development with over 50 planning conditions attached.