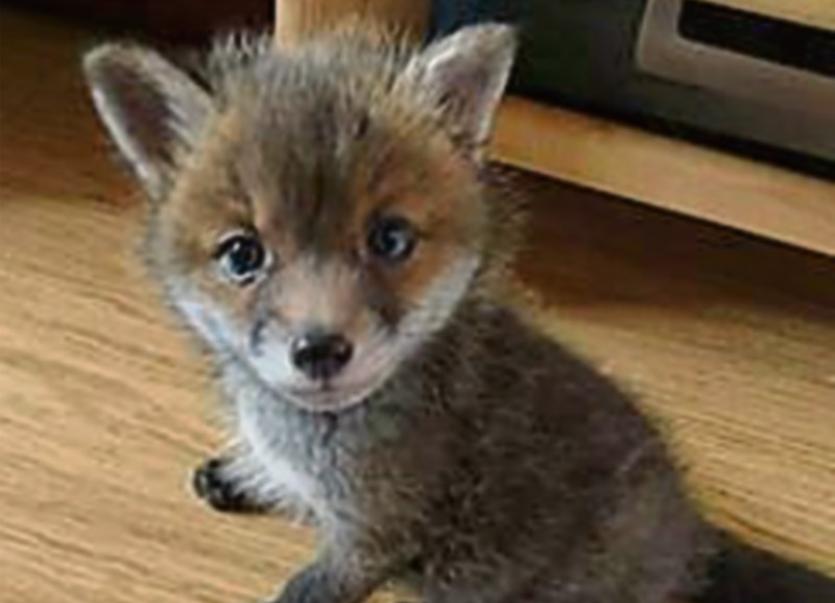 One of the cubs

A pair of fox cubs rescued in a bad way from a derelict house recently have come on in leaps and bounds according to Kildare Animal Foundation’s wildlife unit.

A post on their Facebook page says the little cubs, who were found two weeks ago in poor health, have put on weight and are thriving and full of mischief.

The little female, who had an old fracture of her front left leg when she got there, has had her leg xrayed and bandage changed. She is described by the post as being ‘bright as a button and doing splendidly thankfully.’

Her slightly bigger brother is finding his exploration gene and every time the foster carer turns around she sees a wiggly bum disappearing or a tiny head peeping around a corner.

According to the unit the physical change in the two is remarkable .

“Fox cubs are born a very dark chocolate brown colour with a white tipped tail, and their coats lighten quickly in the first six weeks. Their little eyes and ears are closed and they have quite flat faces at first. After their eyes and ears have opened and developed their little nose and muzzle both elongate to give that elegant 'foxy look' that is so distinctive. It's such a privilege to watch these changes daily as they grow and change and become little wild creatures.”

If you would like to donate to the Kildare animal foundation wildlife unit please do so at the link below.