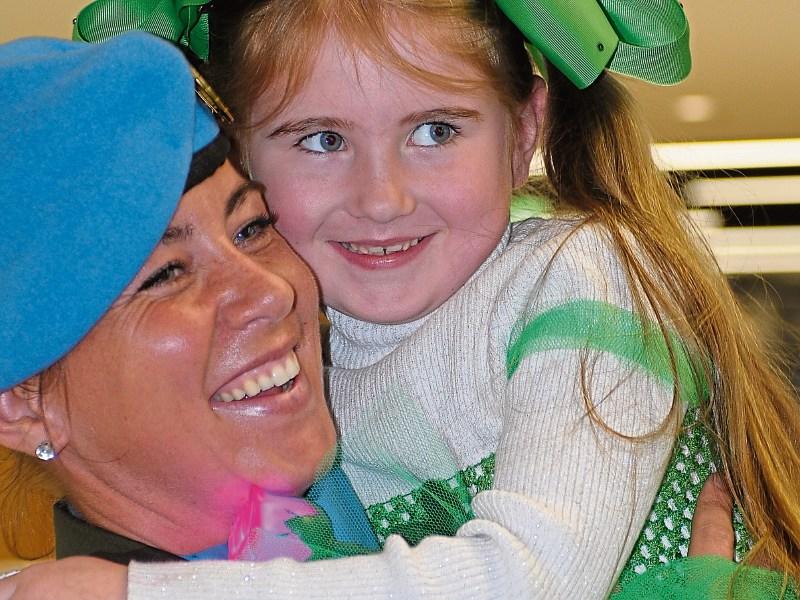 Kildare woman Jessica Slevin had a lovely reunion with her daughter Zoe this morning on her return from the Golan Heights with the Irish Army.

Trooper Jessica returned this morning having served six months with UNDOF in the Golan Heights. She is based in 1st  Armoured Cavalry Squadron in Curragh Camp.

Trooper Slevin was one of 130 Irish troops from the 54th Infantry Group, United Nations Disengagement Observer Force (UNDOF), returned to Terminal One, Dublin Airport this morning at 6am, following a six month deployment to the Golan Heights.

The 54th Infantry Group are drawn primarily from 1 Brigade, with the majority of personnel coming from the West and Midlands.

Their replacements, the 55th Infantry Group, recently completed their deployment to the Golan Heights, having joined their UNDOF colleagues.