VIDEO: Music video and back drops filmed in Monasterevin for LARK's Oliver! 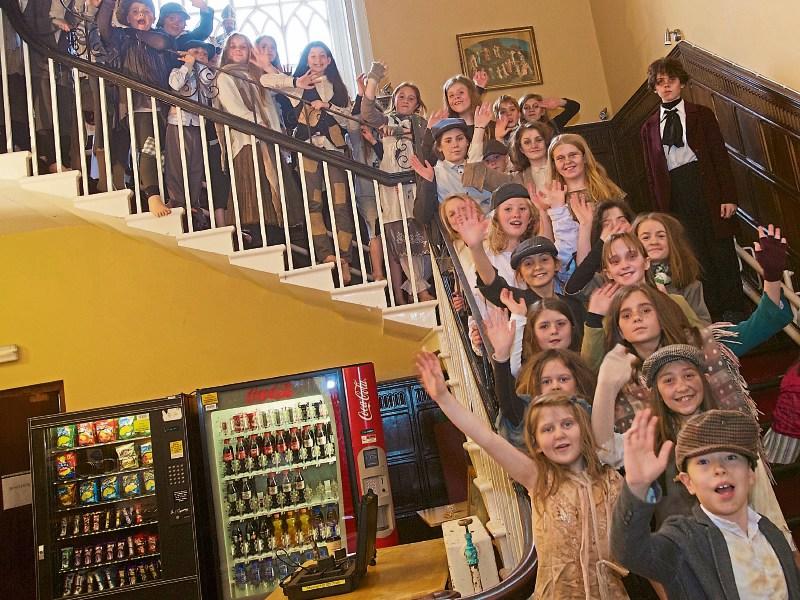 Some of the cast of Oliver! Photo Tony Keane

A special song was secretly recorded in Blue Bird Studios three weeks ago and for this, LARK needed a music video.

LARK photographer, Les Kelly was on hand all weekend to manage still photography and a special photo-shoot was organised to coincide with the music video.

“Our camera crew was made up of Alan Rogers and Will Smith,” said PRO Kym Kelly.

“At 5pm that same evening, the full cast of LARK Musical Society were ready to embark on their mammoth task of three days and nights of filming for their upcoming show Oliver!”

Filming took place on location in the tranquil setting of Moore Abbey in Monasterevin.

A cast and crew of over 100 people all descended on Moore Abbey with costumes and boxes for three days of fliming, fun and special memories. There will be two boys playing the role of Oliver this year, Charlie Reid and Ryan Sexton. This lovely video courtesy of LARK catches up with the talented pair.

“The children were laden with treats, sweets and various devices and greeted each other with smiles and hugs. Padraig J. Dunne directed the filming.

“The days were very cold but we were looked after with teas and hot chocolates and soup by Kildare Farm Foods who seemed to have an endless supply of treats for all of the cast and crew.”

LARK’s production comes to the CWMS hall in Kildare town on March 28 to April 1 2017.