Exploring the passion of GAA on stage in Newbridge 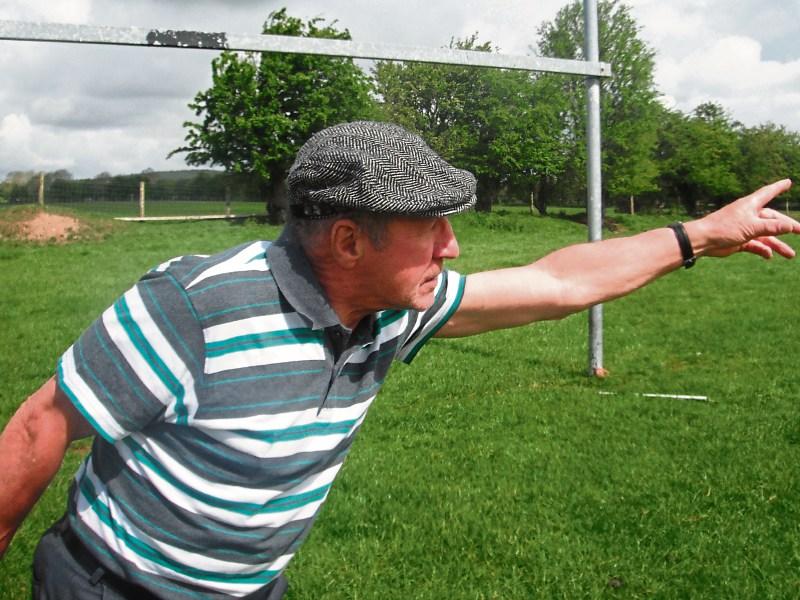 Richard Lynch in 'Face The Short Kick Out'

A new play, which explores the passion of the GAA, is coming to the Riverbank this Thursday June 23 at 8pm.

Face The Short Kick Out is a comedy/drama written and performed by Richard Lynch. He points out there are few families in Ireland, who don’t have some connection with the association either on or of the field.

He says even those with no involvement are still fascinated by its impact on society.

“We see the family connections, romance, the pride of the little village and the rivalry between neighbouring clubs when they clash,” he said.

“A split within a GAA club. A father and son conflict relating to the infamous ‘Ban’ on foreign games that reached epidemic proportions in the 1960s. And a football match to remember that resonates to this day.”

The play tells the story of Kilkeeran GAA Club opening their new state of the art clubhouse.

Sonny Halpin, now in his sixties, lays bare much of the club’s history from its earliest years to the present day in an effort to bury some of the ghosts from the past that haunt him.

A host of characters follow, including a larger than life trainer and his primitive methods, an unorthodox referee, a ‘dyed in the wool’ Chairman, who played football when it was dangerous to play and the colourful ‘Mammy’ on the sideline watching her five sons, risk life and limb in pursuit of victory.

From the pen of well known Wicklow/Blessington writer/actor, who previously gave us From the Shoulders Down and Oscar Wilde from Heaven, Richard Lynch builds humour, pathos, tribalism, bigotry, heartbreak and triumph to a riveting climax, and delivers a memorable night's theatre.