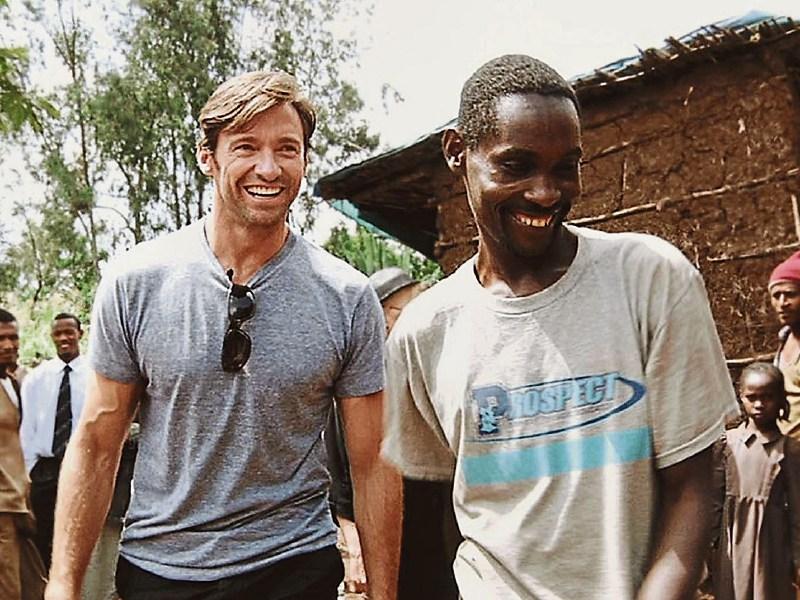 But the Australian actor won’t be suiting up as Wolverine or performing one of his noted song and dance numbers.

Dukale’s Dream is the story of what Jackman and his wife, Deborra Lee Furness, found when they paid a visit to Ethiopia in 2009 to experience first-hand the tough realities of life for coffee farmers.

The couple travelled in their roles as ambassadors for aid agency World Vision, and it is the Irish branch of the organisation that has organised Thursday night’s screening — part of a nationwide tour with the film.

“For World Vision, it is tremendous to see the way our work is valued and supported and the difference we make,” Irish chief executive Helen Keogh told the Leader.

“Having someone like Hugh Jackman as an ambassador is really something quite special. He has worked for World Vision in Australia for a number of years and is generous with his time. He does what he says he does — he is sincere.”

The Dukale of the film’s title is a young coffee farmer Jackman met and worked with on his trip — and vowed he wouldn’t forget.

On his return to New York, Jackman felt compelled to do more than talk about his experiences in the African country.

He founded Laughing Man coffee company and café, a fairtrade organisation that enables farmers to sell their coffee to consumers in the US for a fair price. One of its top sellers is an espresso named ‘Dukale’s Dream’, and all of the organisation’s profits are put back in to developing the market for coffee growers.

“Hugh reflects in the film that he wanted to help. He had a real sense of justice about this — it is not charity, it is justice, and that is what we are involved with,” said Keogh.

It works with local activists on a 12 to 15 year basis to support projects that community needs — whether they be health, education or agriculture and training initiatives — while always aiming to leave the community in a self-reliant and sustainable condition at the end of their involvement.

It also advocates on issues such as children’s rights and maternal health initiatives.

The screening of Dukale’s Dream takes place at 7pm at the Riverbank Arts Centre on Thursday, May 5. Tickets are free but must be prebooked at www.worldvision.ie/dukales-dream.