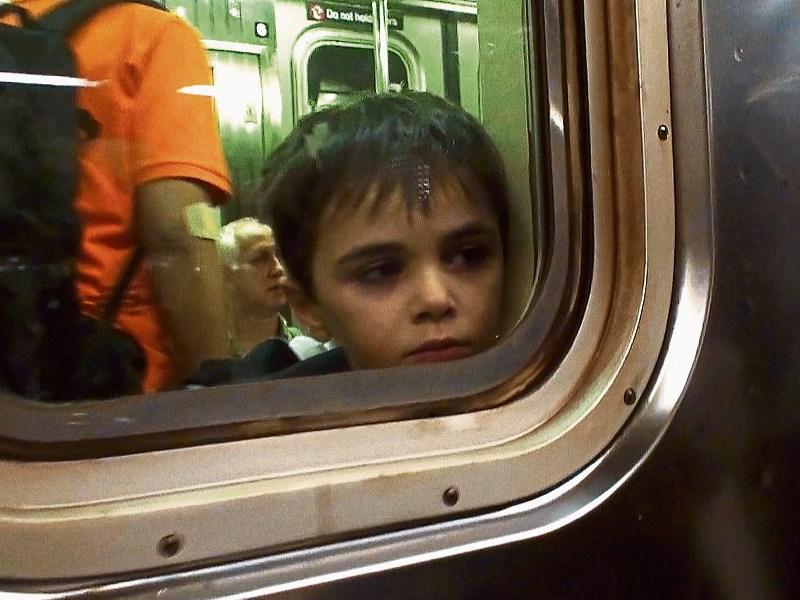 A still from DiCillo's new documentary 'Down in Shadowland'

Kildare film critic Wayne Byrne has just finished writing a book on the career of director Tom
DiCillo, the American director, cinematographer and writer known for films including Johnny Suede and Living in Oblivion.

Wayne has arranged an exclusive European premiere screening of DiCillo’s latest documentary film, Down in Shadowland, at the Moat Theatre in Naas on March 19.

Here he talks to DiCillo about his career and latest film.

The name Tom DiCillo may not be as familiar as Alfred Hitchcock, but within film circles that name can conjure such superlatives as “pioneering”, “legendary”, “influential”, not for nothing.

As cinematographer DiCillo shot key works of 1980s American cinema, before becoming a lauded director in his own right with his stunning 1991 debut, the surrealist comedy, Johnny Suede, featuring Brad Pitt as the eponymous hero.

Acclaimed, award-winning films followed, including Box of Moonlight (1996) and Delirious (2006); DiCillo’s plaudits also brought him to television, directing episodes of The Good Wife and Law & Order.

In 2015 DiCillo completed his eighth feature-film, Down in Shadowland.

On March 19 The Moat Theatre, Naas, will host the exclusive European premiere of the film.

Down in Shadowland is a powerful cinema verite piece set in the subterranean microcosm of NYC’s subway system. It’s not a documentary, yet every frame of film is 100% real, an intimate portrait of life in transit.

DiCillo’s unflinching camera observes a multi-cultural hotbed of human drama, as explosive as it is contemplative.

Fiery socio-political commentary juxtaposed with DiCillo’s compassion and empathy for the frailties and absurdities of everyday travails abound. This is DiCillo’s second foray into non-fiction filmmaking, following his sublime Grammy Award-winning feature documentary on The Doors, When You’re Strange (2010).

“I see Down in Shadowland as a kind of epic journey that takes the viewer/passenger deep into this mysterious, strange world,” DiCillo says. “This shadowy underground that’s a mirror image of the bright, glaring world above; and in some ways more truthful and illuminating. Audiences expecting a traditional documentary narrative may be thrown at first but I’ve learned that once people let go and allow the film to work on them, they slip into a journey that has shape, form and direction. I never wanted people to feel the film was just a random collection of shots. I worked hard from the beginning to structure the film into clear, dramatic sequences that have a beginning, middle and end, which provides a larger dramatic shape to the arc of the entire film.”

And what inspired DiCillo’s new film?

“I moved to NYC in 1976 and everything about it fascinated and terrified me. You can’t get around unless you know the subway system and for a long time that dark, damp, screeching labyrinth terrified me the most. I was fascinated by the micro dramas that I’d see every day, sometimes with dialogue between people, other times silent, intense monologues that took place entirely in one person’s eyes. I started trying to capture some of these moments.

“The original intent was to see if I could put on film some of these haunting, beautiful and poetic human moments that were happening in this most public of places.”

After several years DiCillo realised he’d gathered a huge collection of footage; only as he began sifting through did it become apparent that there was something dramatically compelling inherent.

“I started tentatively putting this footage together, based more on mood and emotional connection than trying to tell any kind of story. My excitement about the footage, and the fact that I could make a film immediately, with no interference from agents, producers, financiers, made me commit to it with a kind of thrill that was very refreshing to me.”

For DiCillo fans, ardent or casual, Down in Shadowland will reiterate everything that makes him a rewarding artist to explore; his empathetic, humanistic approach to character and milieu, alongside his sharply satirical aesthetic that underscores keen sociological observations.

“Film is an incredibly versatile art form. It can be used for mass appeal and it can equally be used to create films that touch the artistic minds and souls of people. Down in Shadowland is really about human beings, about the moments that make us human—fear, joy, solitude, longing for connection, love, loneliness, foolishness.

“I think these qualities extend far beyond the subway in NYC. The film excites me. It moves me. It pulls me into a world that is instantly compelling, engrossing and mysterious, but always 100% real.”

“I’m thrilled Down in Shadowland will be screened at The Moat Theatre,” DiCillo admits, “I’m eager to hear how people respond to it. I wish I could be there. I haven’t been to Ireland in twenty years, when I was in Dublin with Living In Oblivion. I’d love to sit and talk with people, over a few pints, and hear their thoughts on what I put together. I am deeply grateful and appreciative that the town of Naas has invited my film to come visit for a night.”

Down in Shadowland by Tom DiCillo will be receive its European premiere screening at the Moat Theatre, Naas
Date: Saturday, March 19
Time: 8pm
Price: €5 (all tickets)
Tickets can be purchased online at www.moattheatre.com, over the phone at 045 883030, or at The Moat box office.