RESULTS of Round Two of Kildare's All Time Greats competition

Who will make it through to the final? You decide! 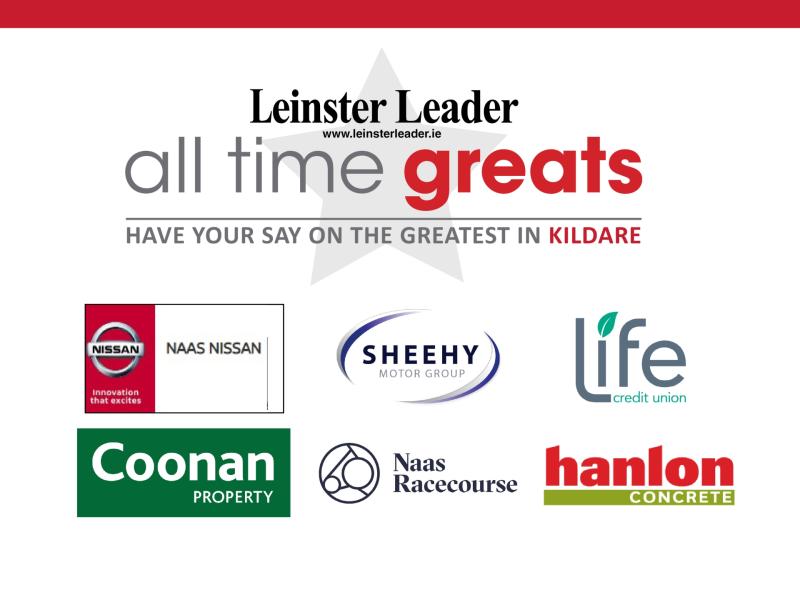 The results are now in for Round Two of Kildare's All Time Greats.

Voting was fast and furious to decide who would get to the semi-final stage of our poll - and there have been a few unexpected fallers this time around. We'll be sorry to say goodbye to some of Kildare's favourite personalities - but there's only room for four entries in the semi-final match-ups.

Antarctic explorer Ernest Shackleton, who was born near Kilkea, beat legendary Fiannian warrior Fionn MacCumhaill by a margin of nine-to-one. Shackleton has the support of the south of the county behind him - but will it be enough to get him over the line into the finals?

The closest contest this week, and the one which attracted the highest number of votes, was the battle between comedian Aisling Bea and the combo of Jonathan Irwin and Mary Ann O'Brien, the founders of the Jack & Jill Foundation. Well done to both campaigns, but the Irwin/O'Brien vote just shaded it in the end 52% to 48%.

Two notable Newbridge women squared off in the next poll, which was between Cystic Fibrosis campaigner Orla Tinsley and Kathleen Lonsdale, the trailblazing scientist. Tinsley took the greater share of the spoils in this vote (71% to 29%) and will now progress to the semi-finals.

Finally, it seems that the Patron Saint of Brewers was a more popular choice with voters than Ireland's most illustrious brewer himself. St Bridget took 84% of the vote in her face-off with Sir Arthur Guinness.

We are now pitting our nominees head-to-head in the semi-finals, and you will choose who gets through to the final and, ultimately, be crowned Kildare's All Time Great.

Find out who's on our shortlist of nominees and read their profiles and GET VOTING FOR YOUR FAVOURITES by clicking here. Semi-final voting closes midnight next Friday, February 15.

THE SEMI-FINAL MATCH-UPS ARE: