Prince Charles was in good form when he visited the Curragh Camp as part of today's royal visit to Kildare.

Wearing a grey suit and pale pink tie, the Prince flew into the Curragh at around 4.30pm before making his way on foot from the landing area to the UN Training School Ireland.

As he touched down he was welcomed by Brigadier General Joe Mulligan General Officer Commanding (GOC), Defence Forces Training Centre; and Colonel Tony Cudmore, Commandant of the Military College. 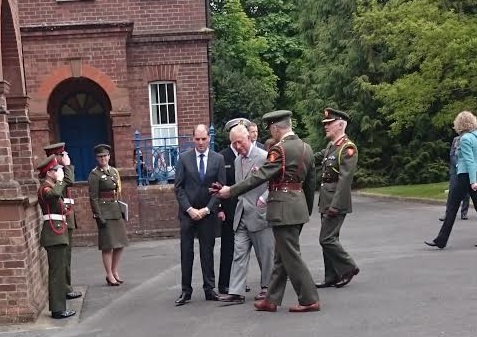 He made his way inside where he signed the distinguished visitor's book in the hallway. The Prince was introduced to senior staff and students, including civilian, Irish and British military personnel. He also received a briefing on the Cooperation and Working Together (CAWT) course.

The Prince was then invited to view the Air Corps Emergency Helicopter at Pearse Square where Commandant Jarlath Heneghan and Sergeant David Hennessy gave a short presentation on the various equipment on board.

He seemed laid back and relaxed, but very interested in the aircraft and asked several questions.

He then made his way to a special reception at the Officer’s Mess before departing Kildare.

The whirlwind visit lasted about an hour and roads were closed down in the vicinity as gardai and military personnel manned the surrounding area.

There was tight security around the Curragh all afternoon during the visit of the Prince and his wife, Camilla, Duchess of Cornwall.

The Duchess spent the afternoon at the Irish National Stud while the Prince visited the UN Training School, viewed an Air Force emergency helicopter and attended a reception in the Officer's Mess.

The British royal couple spent this morning in Kilkenny, and will spend tomorrow in Dublin. 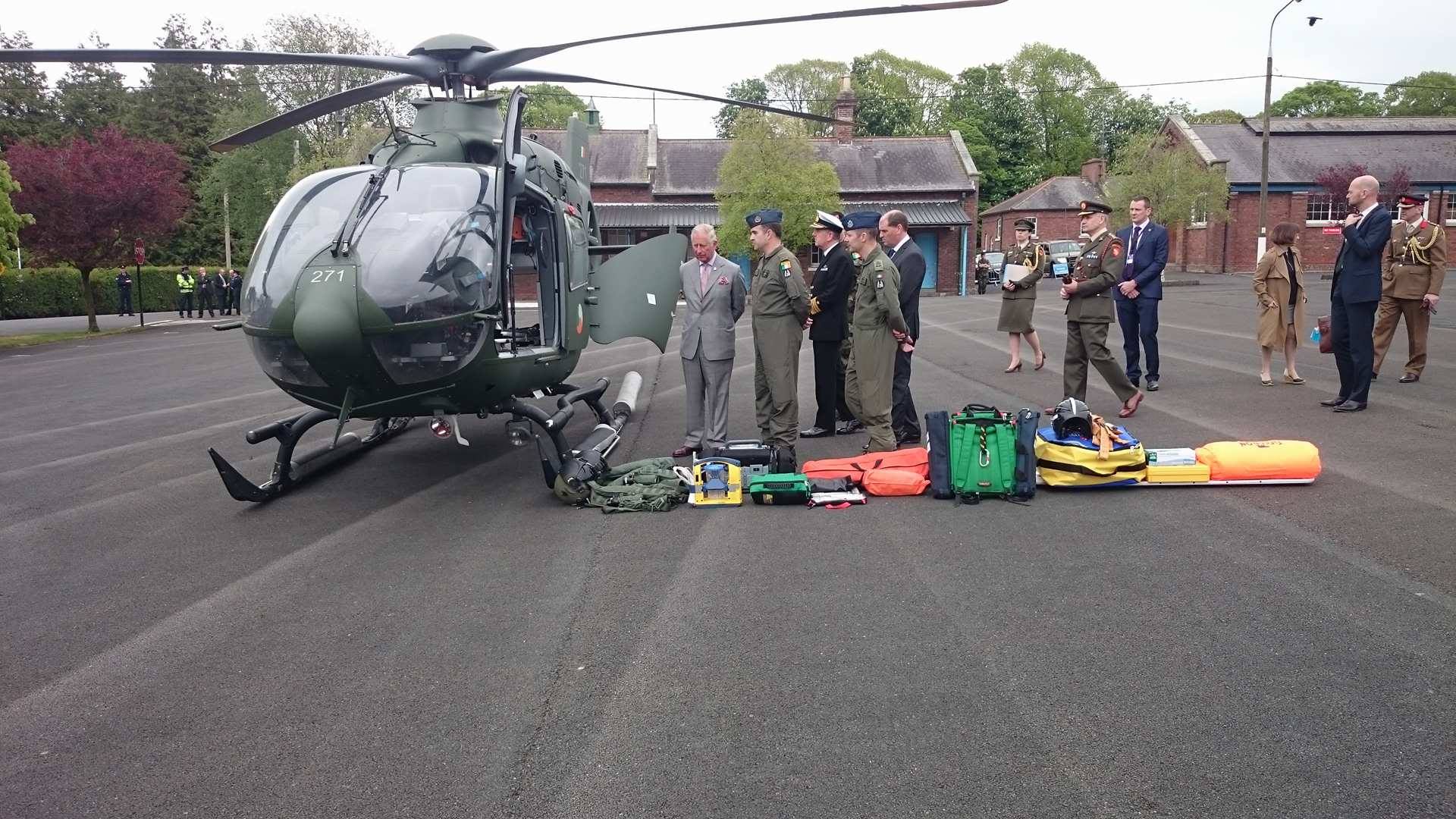