Is it possible to cycle from Dublin to Sallins along the waterside?

There are airplanes with narrower tyres than we have fitted on these all-terrain bikes.

Yet each furious pedal stroke sends us more sideways than forwards as the rubber sinks deeper into the marsh. More than once, a fall is averted only by a lively dismount.

Then - legs burning, lungs screaming, heart thudding and core muscles screeching - you jump back on to slog away in the acute knowledge that rarely before have you put so much effort into moving so slowly.

How did we get here, with here being the rain-sodden “path” alongside the Grand Canal somewhere around the Dublin-Kildare border?

Well, the mission was a simple one. Find out if it’s possible to cycle from Dublin to Sallins beside this canal.

We discovered that it is possible - but only if you have the benefit of extremely robust bikes, which we did.

Though, if you’re looking for an alternative to the daily commute, we wouldn’t recommend you forego the Arrow season ticket just yet.

The frustrating thing for a commuter who would like to cycle the journey is that it seems doable, and for much of the trip it is.

We got on the canal path in Inchicore and pointed the wheels towards Kildare. Westwards we rolled with little in the way of obstacles except for ‘kissing gates’ that force you to dismount nine times in just over eight kilometres.

Then there were some young fellas around Bluebell who inquired in a tone which some would interpret as menacing if “youse are sellin’ those bikes”.

Minor inconveniences aside, the surface was new and smooth. Even with tank-rimmed mountain bike wheels and into a gentle incline we clipped along at 24kph.

Indeed, the first thing you learn in this journey is that Dublin is small and, once you escape the concrete grids within most of us live, everywhere else is is vast.

Inchicore, Bluebell, Ballyfermot, Clondalkin ... all passed in no great time.

With the hammer down, our bike provider, cameraman, short film director and all round cycling mahatma - Ross from Bikeology - suggested we slow down a bit because we were going to burn ourselves out. We slowed for maybe 40 yards before picking up the pace again.

We had to make up the time we were losing to Ross’s technological noodling somehow!

The man had come equipped with a high-spec camera as well as a GoPro. And he wasn’t afraid to use them. It was like going for a spin with George Lucas.

At first we might have been less than enthusiastic with all of the stops in the name of cinematography yet after a while it was more like, “Ehh ... [splutter, cough] ... this could be a good place for a picture Ross.”

It turned out he was right about it getting more tiring once the asphalt yields to soil.

The change comes quickly - just after you cross the road that connects Newcastle to Lucan.

Now you are investing hundreds of watts into travelling at around 7/kph while calling on reserves of core strength you wish you had to remain upright.

For somebody only accustomed to travelling on roads this was a new and challenging experience. It was also enjoyable.

Dublin city gives way to wilderness quickly. The west of the city and the eastern part of Kildare are among the more urban parts of this island yet we hardly saw one housing estate from Lucan to Sallins. We travelled miles without hearing the whir of an engine. We met more herons than people.

If it wasn’t a mid-winter morning that had followed a night of rain you could measure in inches rather than millimetres then it would have all been altogether pleasant, meditative even.

As it was, it was like one of those Tough Mudder events in Punchestown, only without the expensive registration fees and cheering/laughing relatives.

So we hacked away until Hazelhatch, where you cross onto tarmac and then a gravel/grit surface. Compared to what we’d just been on this felt glass-smooth but in truth it was nowhere near the standard of surface we had travelled earlier through the west Dublin suburbs.

It wasn’t long before we were rolling in the dirt again.

At some stages you have the canal on one side and a drop on the other. Earlier that day Nigel from Bikeology’s parting words were “don’t fall into the canal”. I think this advice was offered half in jest and half as a plea to not do something very stupid and destructive with his expensive bike. By now it was advice that I zoned in on until we reached the land around the Lyons Estate, where the surface improves again.

But the harshest section is the final few kilometres. I’m not sure anybody has ever been as ecstatic to see a Sallins sign as we were. This bucolic and beautiful towpath was swapped for a traffic-choked town and the exhaust fumes tasted of sweet relief as we peddled the final few hundred yards towards Naas.

So, all told, we’d recommend doing this spin if you have the right bike or are prepared to wait for a dry spell in summer. It‘s a glorious escape from civilisation right on our doorstep.

As a commuting option to Dublin, forget it, and that’s the pity. The distance is by no means great. The inclines are forgiving and the route is direct.

In most countries it would have long ago been considered a no-brainer to lay some tarmac next to the canal, thereby providing a first-class recreational and commuting facility.

There is no reasonable excuse for that not to happen here in the very near future.

Big thanks to the lads from Bikeology for the loan of the bikes and fair dues to Ross for making the great video. His multimedia skills are what ours should be! 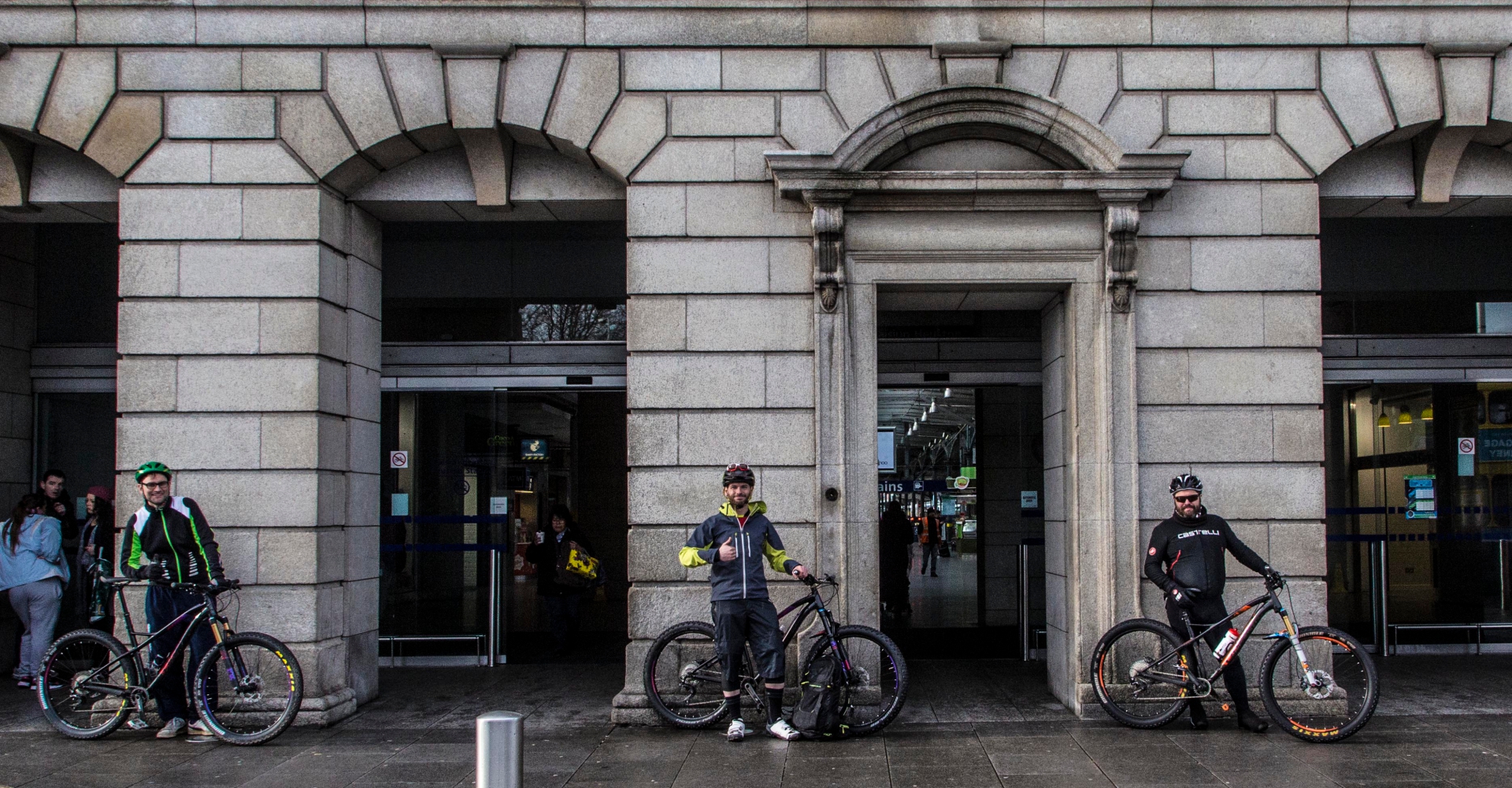 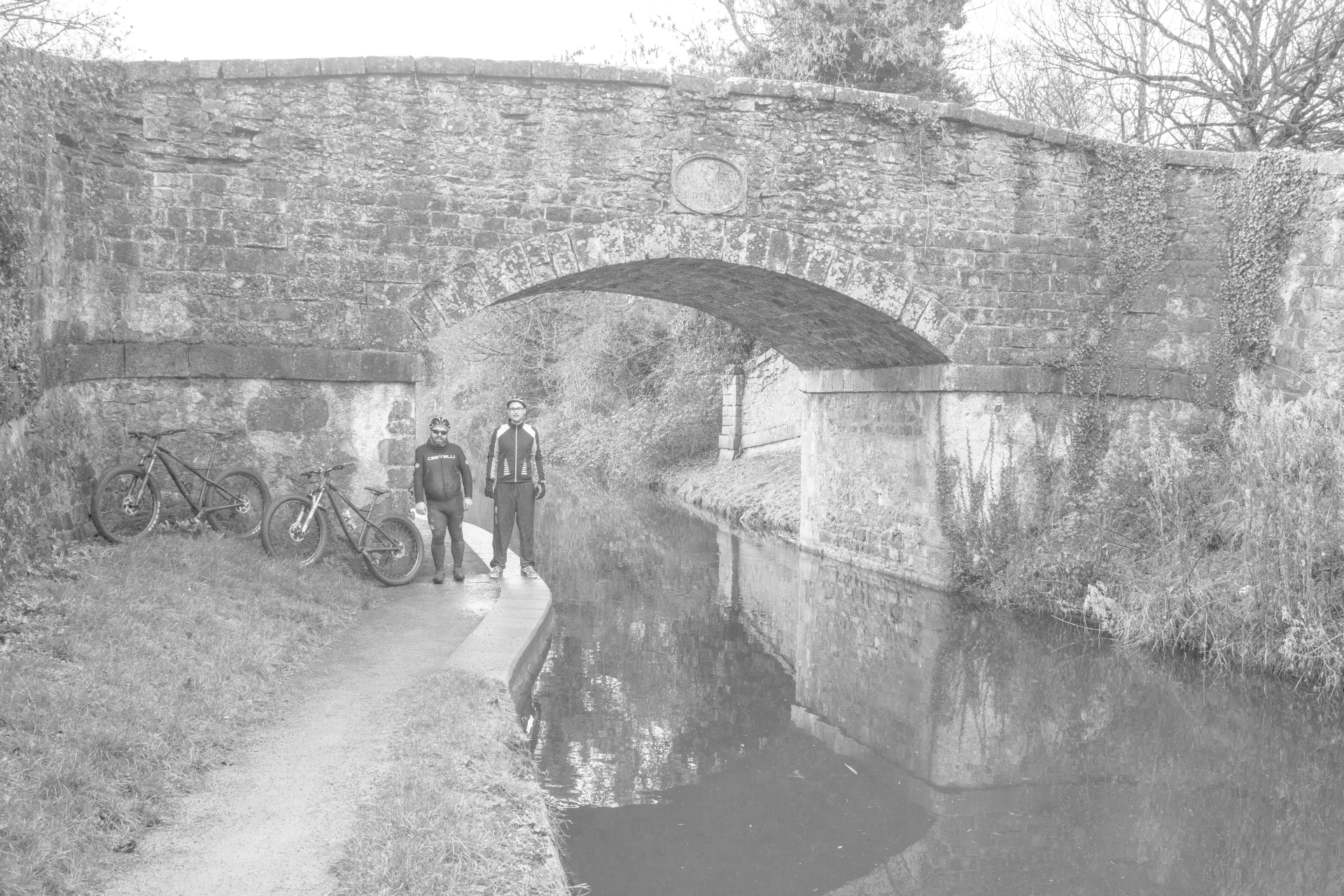 The canal bridge near the Lyons Estate 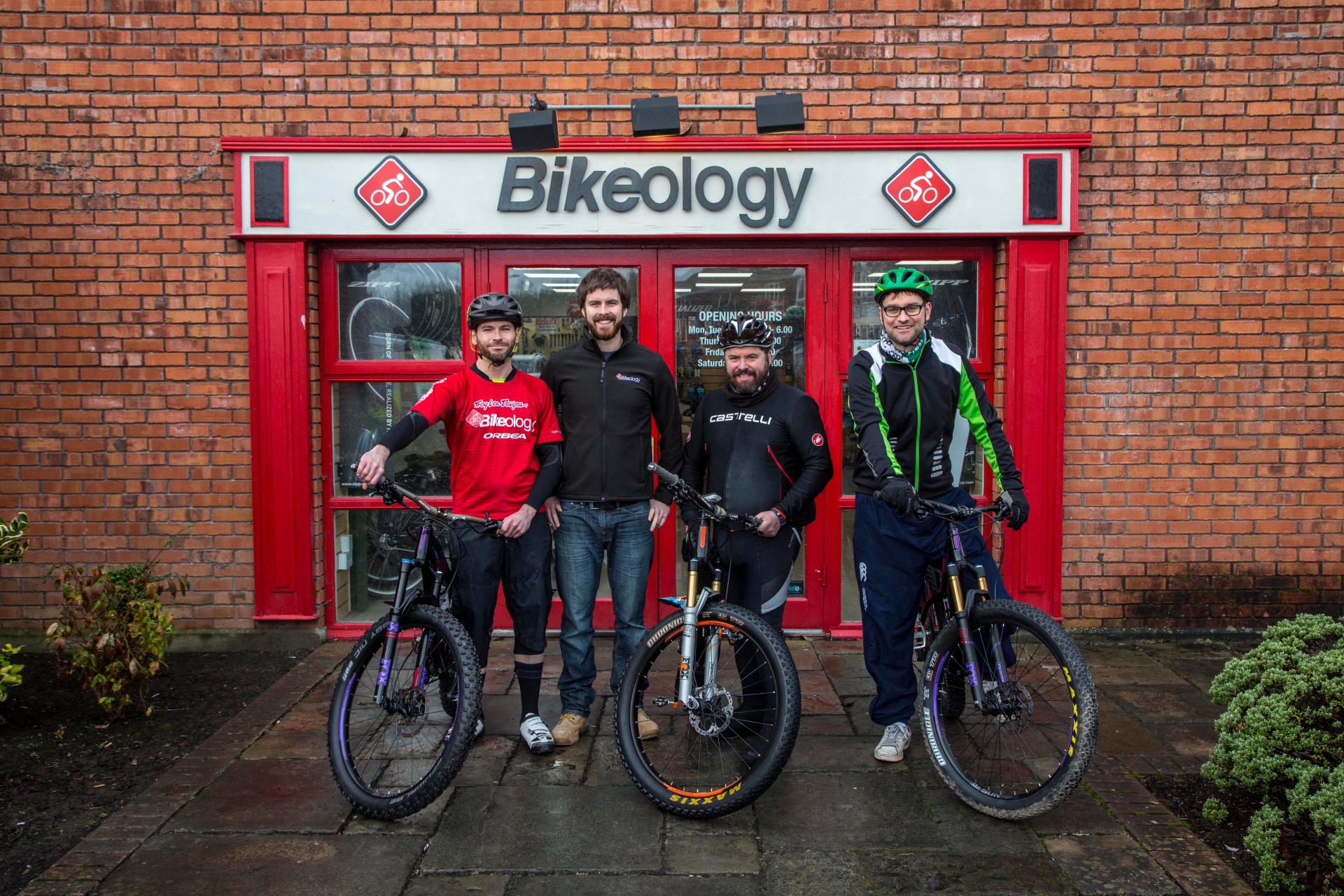