Love is in the air at Lisdoonvarna 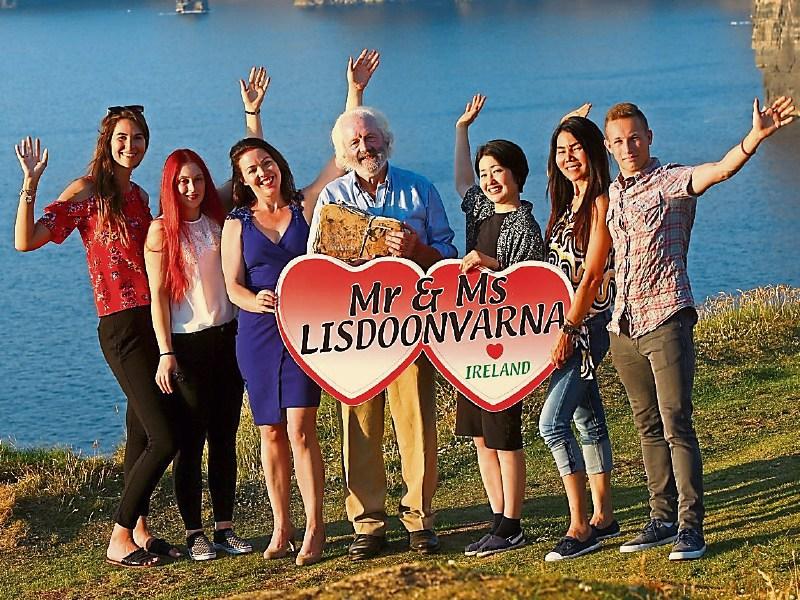 The biggest stars of the Irish country music scene will headline this year’s Lisdoonvarna Matchmaking Festival’ in September.

Lisa McHugh, Declan Nerney and Gerry Guthrie, will perform on the opening weekend of the festival on August 31 to September 1 followed by Mike Denver, Derek Ryan and Cliona Hagan on September 7 and 8 at the Marquee.

Marcus White, Managing Director of the White Hotel Group said: “The country music events are now in their third year at Lisdoonvarna and have been hugely successful. They have really revitalised the festival and brought a whole new younger audience to the events. It’s really put us back on the map in a big way.”

The Lisdoonvarna Matchmaking Festival is one of Ireland’s oldest festivals, at over 160 years old and takes place over a five week period.

It attracts over 80,000 people from all over the world who come for the music, the dancing and to meet third generation matchmaker Willie Daly.

“It’s a unique festival not only in Ireland but internationally, as people are still intrigued by the ancient tradition of matchmaking, in a world where online dating has become so popular.” Mr White added.

This year’s festival is jam packed with entertainment, with music and dancing in all venues in every day in September from 11am in the morning to late.

The traditional dance weekends are on the September 14 to 16, 21 to 23 and 28 to 30, featuring some of Ireland’s leading show bands who will play at the Hydro and Imperial Hotels.

Ireland’s top soul singer Buck Taylor is also back to play the Hydro Hotel every Saturday in September.

The popular tea dances at the historic Spa Wells are back again this year between 12-2pm with Larry McEvoy and his band.

The Lisdoonvarna matchmaking festival kicks off on August 31 and runs for five weeks until September 30.

For tickets for the country music events go to www.ticketmaster.ie and for general information go to www.matchmakerireland.com.

The Festival is sponsored by Clare County Council and Failte Ireland.