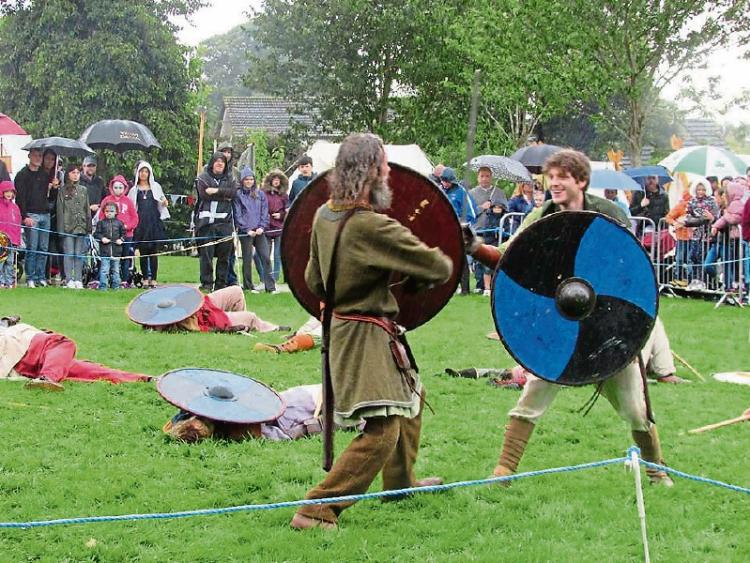 Fun at a previous Medieval Festival in Kildare

This year’s Medieval Festival in Kildare town will be held on Sunday, August 12, next.
“We will hold our first ever medieval banquet at 6pm on Saturday, August 11 in Top Nolan’s Function Room,” said PRO Emily O’Connor.

“There are only 40 tickets available and guests will be treated to the best medieval fodder available in 2018.

The festival plans are now finalised with lots on offer again this year.

“The Deise Medieval Re-enactors are coming back to Kildare for the day,” added Emily.

Along with the Viking Village and reenactments, this year organisers will be bringing something new, the Kiddie Vike.

After each battle they will take kids into the battle field and teach them some Viking skills.

Meanwhile festival goers can enjoy all the action in Market Square, with a number of activities planned for the family.

“These activities and games will show us how kids spent their time in Medieval times . We have many of the regulars confirmed such as Bernard Byrne with his Birds of Prey and of course, music and calligraphy in the Cathedral.

The Medieval Food and Craft Village will also be back better than ever.