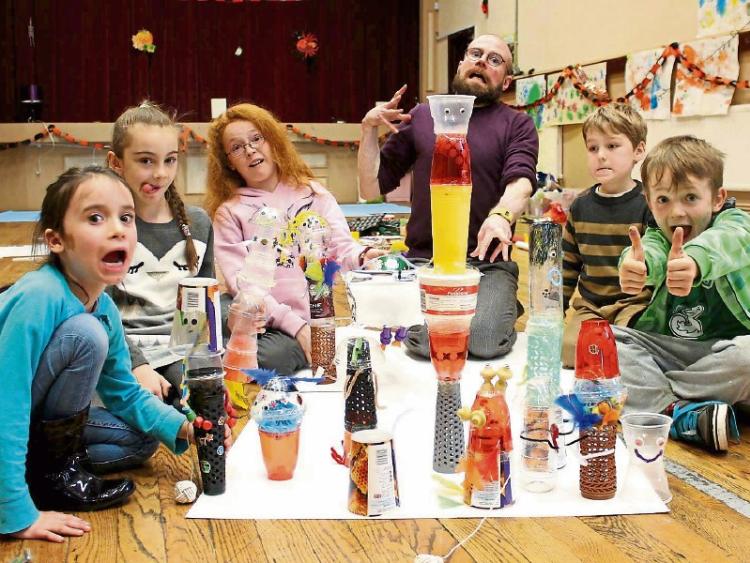 Children taking part in a 'Stressed Out Steve' workshop

Several events will take place at the Riverbank Arts Centre in Newbridge this week as part of First Fortnight.

This event, which is a mental health in the arts festival, was founded eight years ago by a group of volunteers who recognised a crucial need for more open dialogue around mental health in Ireland.

The festival started with a screening of The Drummer and The Keeper, on Wednesday night, January 17. The film tells the story of a friendship between a young man with bipolar disorder and a teen with Asperger's Syndrome.

Tonight, Thursday, January 18, will see the staging of 'Sally Denver Matthews', a humorous one-woman show, written and performed by Gilly O'Shea. It promises to be fun for all, first time parents in particular. The show starts at at 8pm. Tickets are €14, concession €12.

Join Stressed Out Steve for a fun filled hour of stress, worry and consternation, where you will get to use art, drama and storytelling to explore the complex concepts of mood and emotion.

This is followed by a screening of the family movie, Inside Out, at 2pm.

This film follows the journey of a young girl called Riley, who is uprooted from her Midwest life when her father starts a new job in San Francisco. Like all of us, Riley is guided by her emotions: Joy, fear, Anger, Disgust and Sadness. Tickets are €4 each.