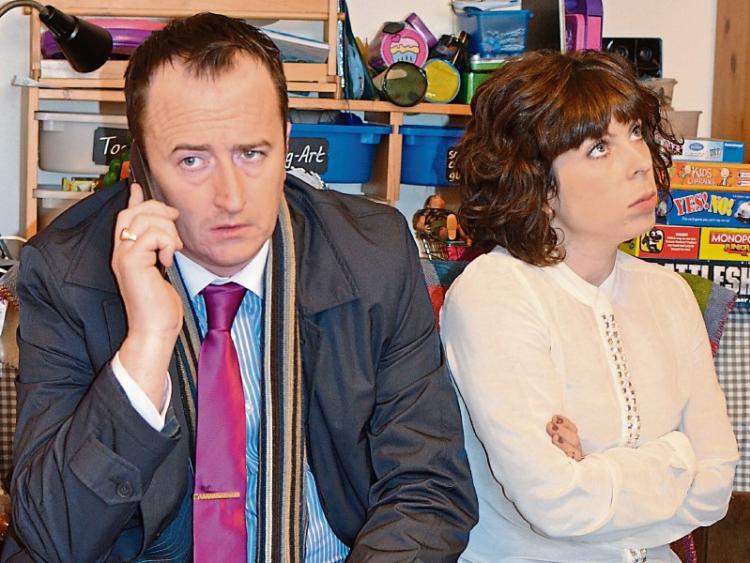 The Moat Club will stage the award winning God of Carnage at their home venue of the Moat Theatre in Naas over February 14-18 (the show starts at 8pm).

The play is set in the Paris apartment of a yummy mummy and her businessman husband - Veronique and Michel - played by Padraig Broe and Anne Delaney, both former winners of the All-Ireland best actor/actress awards.

This is club's first performance since tackling the award winning one-act Plaza Suite, which featured Sarah Gallagher as an award winning performer.

Gallagher appears here opposite Conor O'Connell. They take the roles of Annette and Alain. Unlike the previous project, God of Carnage is a full length play. Penned by French writer Yasmina Reza is revolves around how the parents involved react and interact when their 11 year old sons have a fight in one of the city's parks.

The grown-ups decided to sort it all out over coffee.

And while the conversation is initially very civilised it doesn't take long for the polite veneer to start to wear a little thin.As relations deteriorate we see couple against couple and husband against wife. The play was the winner of the 2009 Tony award for best play and nominated for the Laurence Olivier award for best new comedy.

It was adapted for film in 2011 for a movie which featured Kate Winslet, Christopher Waltz, Jodie Foster and John C Reilly.Tickets from 883030 or moattheatre.com.