TD Heydon to get hitched for fundraising 'Mock Wedding' in Naas 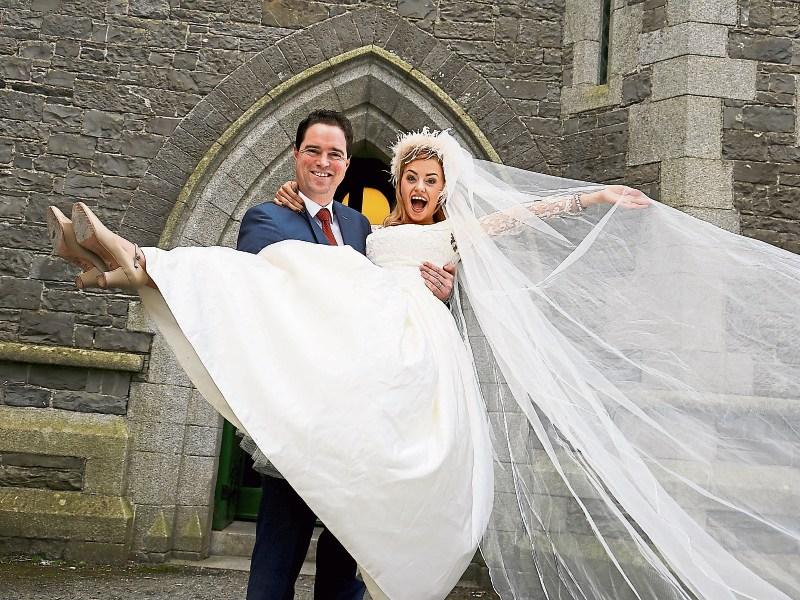 Kildare South Fine Gael TD Martin Heydon is getting married... again! He’s one of the cast taking part in Naas Musical Society’s mock wedding event, called ‘Much I Do About Nothing’, to raise much-needed funds for St Anne’s Special School and the Curragh Lourdes Fund.

TD Heydon, who in real life tied the knot with Kildare Ladies All Star Brianne Leahy in 2013, has obviously caught the acting bug, having won international plaudits for his turn in his ‘Back To The Future’ general election video spoof.

The ‘nuptials’ take place this Friday May 27 at 8pm in a specially constructed marquee in the back car park of The Town House Hotel, Naas.

The group is hoping to attract 400 “guests” to attend and witness the ‘mockrimony’ between politician Bertie and Daddy’s girl Precious. The night will include all the trimmings of a real wedding, including a ceremony followed by a meal complete with speeches from the bridal party and plenty of laughs along the way. Guests will then dance the night away to the band McCarty and DJ John Lawlor.

Heydon has crossed the political divide to play the groom, politician Bertie, while the bride Precious is AIMS recipient of Best Female Singer, Dearbhail Downey.

Tickets are on sale from The Town House Hotel or Berney’s Chemist, Kilcullen, or can be booked through Lorraine on 087 9079194. Tickets are €35 each or 5 for €150. Tables can be booked together for larger groups.