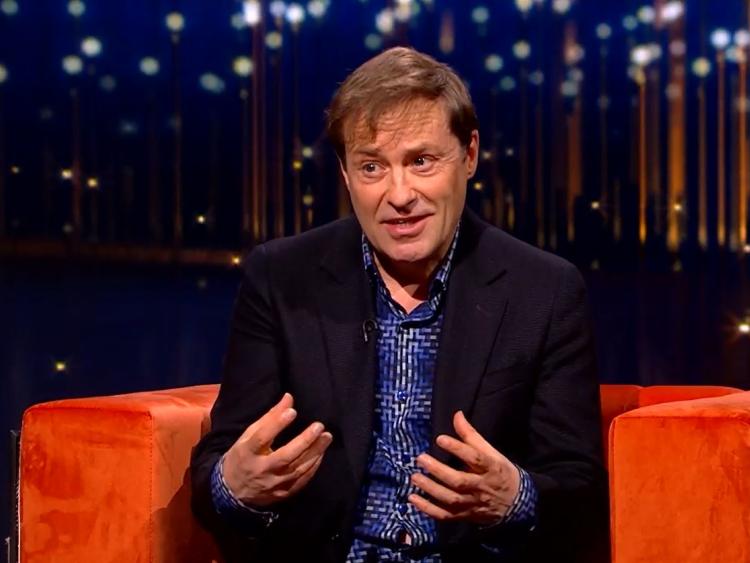 Deirdre O’Kane will be joined by Irish actor and comedian Ardal O’Hanlon as they talk funny with one another this Saturday night on RTÉ One.

Hot topics on the night include Father Ted, performing My Lovely Horse on stage at Slane with Moby in front of 80,000 people – showing him footage he has never seen before - and the journey from sitcom to stage, Ardal shares how it took some time for people to accept that he was a credible actor.

Of his audition for Father Ted, Ardal tells Deirdre that the only acting job in Ireland that he had done prior to Father Ted was a reconstruction for Crimecall.

He admits that he didn’t have high hopes for Father Ted, thinking it would be ‘culty’ and only a handful of people might watch it.

‘You couldn’t not know with Father Ted, everything worked… so we had to start believing that this was actually good’.

When he watched the first season back with Arthur Mathews and Graham Linehan he loved it ‘I remember loving it so much that didn’t see myself in it, so I wasn’t self-conscious’.

Ardal admits loving that it is referenced regularly, ‘at any protest you’re going to have the signs ‘Careful now’, ‘Down with that Sort of Thing’… in the Dáil pretty much every day somebody will refer to it’s like something out of Father Ted’.

Speaking of Dermot Morgan’s death, Ardal said his mind couldn’t process it. Having wrapped the third season just the day before, they had spoken about what was next for them, hoping to see each other that Christmas.

But he got a call the next morning with the news that Dermot had died, ‘I continued to reel in shock for some time afterwards’.

Deirdre Kane Talks Funny with Ardal O'Hanlon on Saturday night at 9.40pm on RTÉ One.