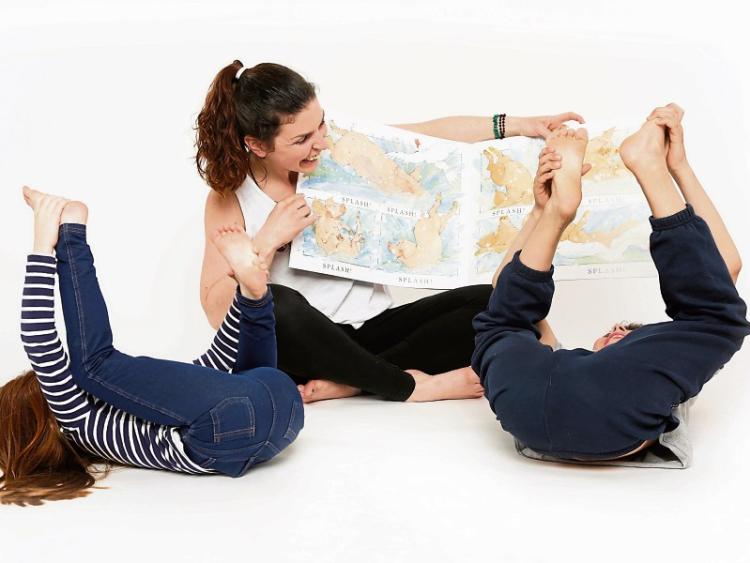 Riverbank Arts Centre, Newbridge, will once again host arts events as part of the First Fortnight programme this January.

First Fortnight is an arts-based mental health charity that organises a festival in the first two weeks of the year aimed at challenging stigma .

Thursday, January 16, 8pm. ONE FLEW OVER THE CUCKOO’S NEST . A tragic-comedy directed by Milos Forman and starring Jack Nicholson, is about a free-spirited rogue who takes over the ward of a mental hospital through a combination of ingenuity and chutzpah. Based on Ken Kesey’s celebrated novel, the film uses a metaphorical framework — the madhouse — to symbolise the individual against the system, the story gets its power from the innumerable details which reveal what life is about in a mental institution. Director Milos Forman. USA 1975. Cert 18 .This film screening is presented in partnership with Irish Film Institute and will be followed by a panel discussion. Early bird tickets €6/tickets on the door €9.

Saturday, January 18, 8pm. IN ONE EYE, OUT THE OTHER. The first solo comedy show from Tadhg Hickey introduces you to Feargal; a downtrodden but cheery man who fulfilled his lifelong dream of becoming an alcoholic. Using the Catholic calendar as a roadmap, Feargal leads us on a surreal and hilarious journey with many poignant twists in the hope of arriving at a sort of light at the end of the tunnel for the ‘bright man’. Written/performed by Tadhg Hickey.

10am. STORYTELLING YOGA with Nicola Foxe. Using popular titles such as We’re Going On A Bear Hunt and The Gruffalo, Nicola Foxe combines the wonders of storytelling with the benefits of yoga creating a captivating Yoga Storytelling experience for the children. Moving their way through the beginning and middle to the end of the session, the children will learn breathing techniques and a sequence of poses all to the tune of their favourite stories.

Nicola is a child yoga specialist, an SNA and has been teaching yoga to children of all ages, abilities and cultures since 2012. Suitable for 3- 6 year olds and their adults. Duration 45mins. Tickets €10 (admits child + adult).

10.30am and 12pm. BATMAN NEEDS A BREAK. Pow... Sock... Smash... Batman spends so much time fighting crime and pouring over clues in the deep dark Batcave that he is exhausted. But when he finally gets a holiday, he discovers that he hasn’t a clue how to relax! He tries baking to see if that will help him to calm down but it turns out he’s not very good at it. What else can he do to just chill out?

During this workshop, hosted by Batman himself, you will help The Dark Knight to find ways to de-stress as we create Utility Belts crammed with calming contraptions, and make colourful capes to help unleash our Inner Heroes Of Happiness.

2pm UP. Family cinema screening .Pixar Animation Studios and the acclaimed director of Monsters Inc created Up, the hilarious uplifting adventure where the sky is no longer the limit. Carl Fredicksen, a retired balloon salesman, is part rascal, part dreamer who is ready for his last chance at high-flying excitement. Tying thousands of balloons to his house, Carl sets off to the lost world of his childhood dreams.

Unbeknownst to Carl, Russell, an overeager eight-year-old wilderness explorer who has never ventured beyond his backyard, is in the wrong place at the wrong time — Carl’s front porch!

The world’s most unlikely duo reach new heights and meets fantastic friends like Dug, a dog with a special collar that allows him to speak, and Kevin, the rare 13-foot tall flightless bird. Stuck together in the wilds of the jungle, Carl realises that sometimes life’s biggest adventures aren’t the ones you set out for.

Booking for all events www.riverbank.ie or telephone the box office on 045 448327.