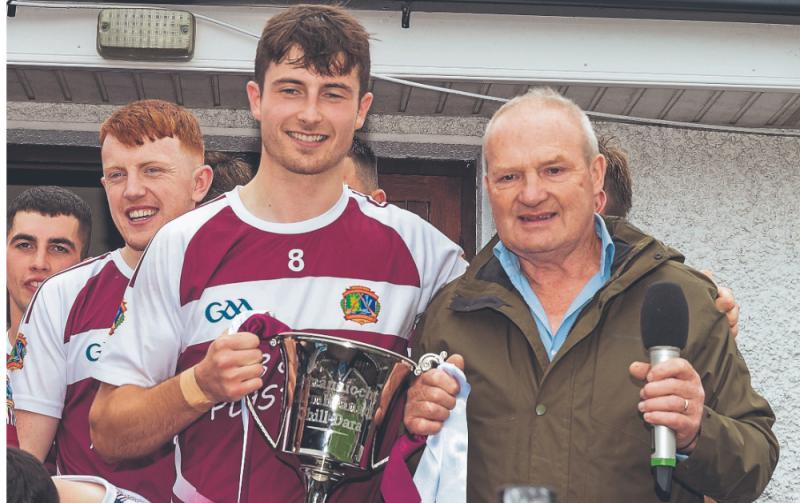 Broadford were crowned intermediate hurling champions, defeating Maynooth in the decider in an enjoyable final at St Conleth's Park, on Sunday afternoon.

Captained by Elian Scanlon, Broadford held the upper hand for mot of the game but especially in the second half when it counted.

After an even enough opening half, Broadford stepped up a gear in the second, holding Maynooth to just three points, while adding a healthy total of 13 points of their own to win on a final score line of Broadford 0-21 Maynooth 0-10.
Broadford took the lead inside three minutes with Aaron Smyth firing over to give his side a lead they would never relinquish.
Josh O'Donoghue, Eoin Sheehan and another from O'Donoghue saw the lead out to four before Maynooth opened their account with Darragh Power firing over, Conor Walsh added another quickly followed by another from Darragh Power.

Broadford hit back with points from Aaron Smith and Dean Hanley to lead 0-6 to 0-3 on 25 minutes.
Maynooth enjoyed their best patch from here to the break firing over three points to level; Aaron Smith and Eoin Sheehan put

Broadford back in front and while Darragh Power converted a free before the break it was the boys in maroon who led at the break 0-8 to 0-7.

Broadford extended the lead on the resumption through Aaron Smyth and while Conor Walsh replied for Maynooth, points from Killian Galligan and Mikey Barea put four between them.

Cian O'Neill replied with a free but man-of-the-match Eoin Sheehan fired over a long range free and while Darragh Power replied with a similar score on 43 minutes that was the final point for Maynooth as Broadford took control hitting no less than nine points on the trot to record a comfortable win.

Great day for Broadford who have now come from the junior ranks to play Senior 'B' come 2022.