Castldermot get past Monasterevan to get into Kildare IFC final four 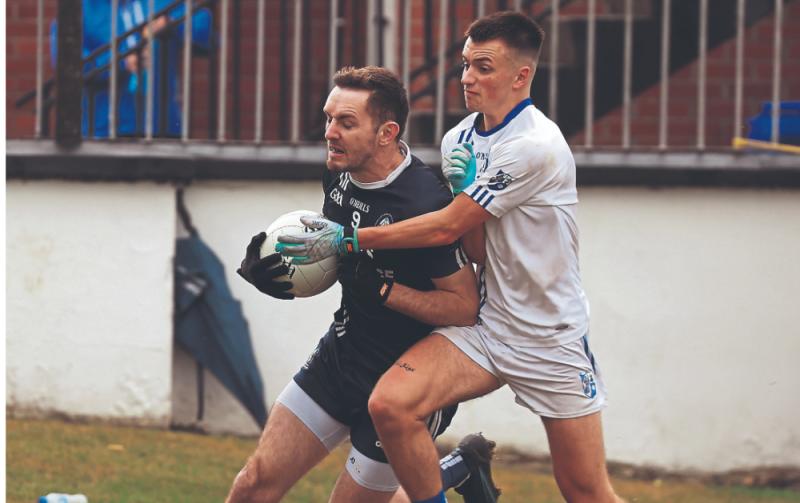 A dour battle was expected and a dour battle is what we got as Castledermot edged it over Monasterevin as the winners booked a place in the semi-final of the IFC against the winners of Allenwood and Sallins.

Played in poor conditions it was Monasterevin who led early on with points from Ryan Bannon and Wayne Fitzpatrick, both frees, before Castledermot opened their account through the accurate boot of Gavin Keating in the eighty minute.

Wayne Fitzpatrick added a free for Evin before Castledermot took control hitting four points in a row, all from frees initially from Anthony Nolan followed by three from ace free taker, Gavin Keating.

Paul Maloney and Padraig Nash leveled it on 25 before Keating added a free to lead at the break - Castledermot 0-6 Monasterevin 0-5 with all 'Dermot's scores coming from frees.

Dan Gray extended the lead with his side's first point from play and while Wayhne Fitzpatrick reduced the lead with a free, Castledermot lost David Dooley to a black card on 46 minutes.

Reduced to 14 men maybe but it certailny did not deter them, early on at leastu, as they got the vital score of the game some fouor minutes later, the quick thinking and alert Emmet O'Keeffe taking a quick free put Dan Gray in on goal and he made no mistake planting the ball past Colm McCabe tooly to the right hand corner of his net to make it 1-7 to 0-6 on 50 minutes.
In fairness to Monasterevin they did not buckle, hitting three points in a row from Charlie Doyle (just on), Padraig Nash and Paul Mooney to reduce the lead to one on 57 minutes.

Charlie Doyle saw a free come off the upright; before Padraig Nash saw a long range effort drift wide..
David Keating eased the Castledermot worries but before the final whistle Ryan Bannon but Charlie Doyle in on goal but his effort was topped out by keeper Shane Nolan with the resultant 45 being cleared as the final whistle arrived, Castle-
dermot advancing on a s core line of 1-8 to 0-9.

Altough Monasterevin will regreat some wild shooting in the latter passasges of the second half, Castledermot probably just desrved the win but on this display will need to show considerable improvement if they are to progress to the decider.