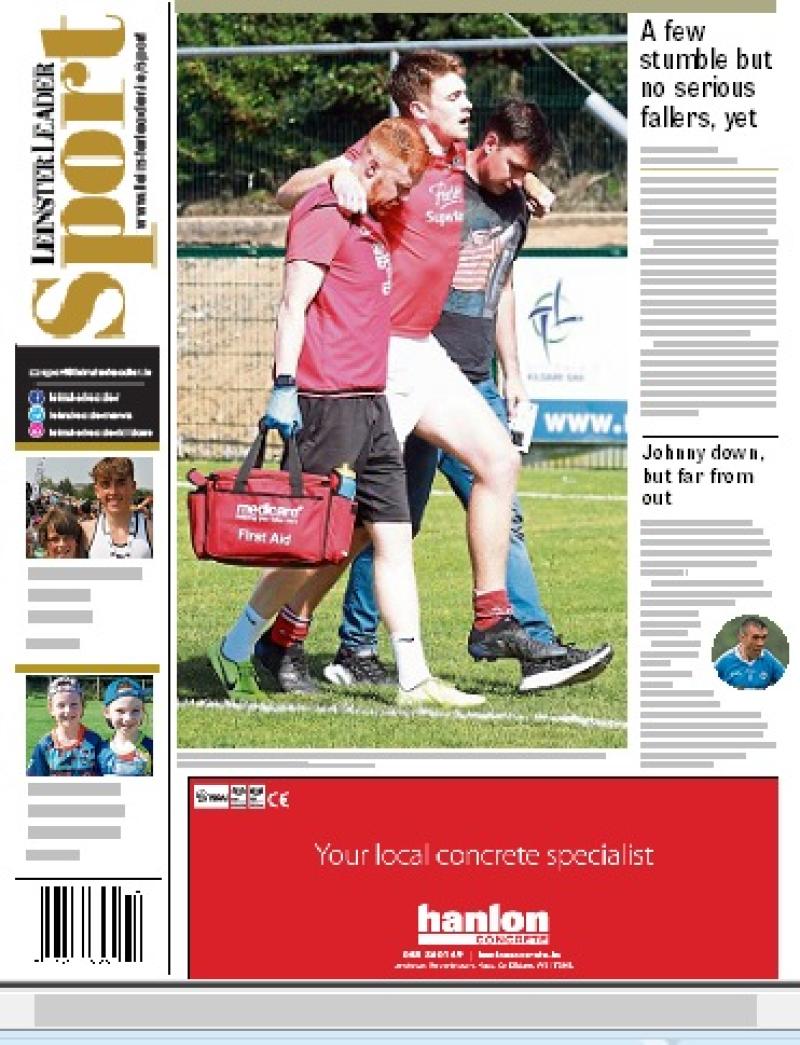 As the final group (Round 3) games in the Joe Mallon Motors Senior Football Championship and The Auld Shebeen Bar Athy Intermediate Football Championship were completed last weekend we carry full and extensive reports and photo coverage of each and every game including Round 4 of the Tom Cross Transport JFC.

Who will now meet who in the kock-out stage of the SFC and IFC.

Four page picture special from the Hurling for Cancer Research clash when Jim Bolger' s Stars took on Davy Russell's side in front of a packed attendance at St Conleth's Park.

All the results from the Fairways plus picture special from the Royal Curragh's Captain's Prize.

We look ahead to the two pre-quarter finals of the SFC and IFC that are scheduled for this weekend with the headline game being the clash of Sarsfields and Moorefield, plus St Laurence's and Eadestown clash in the second senior pre-quarter.

In the IFC Sallins tackle Suncroft while Ellistown take on Ballyteague for a place in the quarter final proper.

Senior B Hurling championship continues while the quarter-final of the UPMC SHC is down for decision.

Soccer: In the KDFL Naas United advance after penalty drama while a major round-up in the Senior Division along with the senior action plus all the results, fixtures, Noticeboard and up-to-date Tables.

Racing: A look back on the week's racing in our weekly Kildare Racing News.

Greyhounds: extensive report of the weekly meeting at the Newbridge Track.