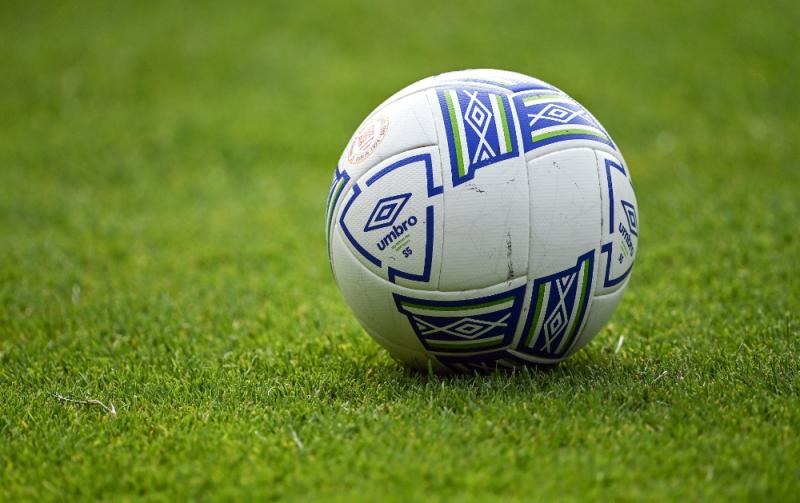 Athy Town AFC 3
Ballycane Celtic FC 1
On a scorching evening in Athy,  the town overcame a dogged and determined Ballycane,  it took two goals in the last ten minutes to finally see off the men from Naas. Athy manager,  Paul Kelly,  made wholesale changes to his starting eleven after being comprehensively beaten Wednesday night in Suncroft.
Athy went 1-0 in the 35 minute when they were awarded a free kick inside the 'Cane box after a strange foul by the Ballycane goalkeeper who dropped the ball and proceded to pick it back up 14 yards out, Alex Whelan's touch and a smart finish by Chris Chanders saw athy lead at the break.
The Ballycane equaliser came in the sixieth minute when a lovely ball through from bubba Doyle found their pacey winger who knocked the ball past the keeper, Jess Clancy to put the teams level.
Ballycane, tails up,  went looking for a second, they were nearly rewarded but for a smart save by 16 year old Jess Clancy who was making his senior team debut deputising for the injured Jamie Quinn.
Athy finally broke down the Ballycane resistance In the eightieth minute when Chanders again finished after a great run by David Bríde whose smart cross found Chanders on his own six yards out.
David Bríde put the game to bed when after charging down a clearance from the Ballycane goalie to tap the ball into an empty net. Best for Athy were Jess Clancy, Eoin Molloy,  Chris Chanders and David Bríde.

Clonmullion AFC 2
St Patrick's Well FC 0
Played in front of the usual large crowd in Micheál O Neill Park, this was a tight rugged affair with the heat and the hard surface not lending itself to an expansive game.

Cody Mulhall was instrumental when he raided down the right and crossed to Danny Thompson who cushioned the ball down to Jodie Dillon who’s volleyed effort crashed off the crossbar and away to safety.

With fifteen minutes on the clock Timmy Doyle picked out Dillon who in turn passed to Lee Doyle who rolled the ball to Nathan Robinson but the ball bobbled as he struck it and flew over the bar.

With 20minutes gone Hughes was finding his passing range and a beautiful diagonal pass found Mulhall but keeper Doyle made a fantastic save. From the resulting corner Lee Doyle returned the ball from the back post but Dillon headed straight at the keeper.

On the half hour Hughes again was displaying his magnificent passing range when he hit a pinpoint ball into the path of Thompson but his first touch allowed the excellent Marvin Mborlen to snuff out the danger.

Mulhall continued to dominate the game and his quick free kick after he had been fouled was dummied cleverly by Dillon but Thompson fired just wide.

Lee Day in the middle of the park was becoming more and more influential and his slide rule pass down the inside channel was pulled back into the danger area by Mulhall but Dillon fired straight at Doyle.

Day brought a great save out of Doyle with a 20 yard screamer after great approach work by Mulhall and Lee Doyle.
With two minutes remaining in the half Clonmullion finally got the opener after more great work by Mulhall who slipped the ball into Dillon who’s initial effort was saved by Doyle but it rebounded into his path for a simple tap in to leave it 1 nil at half time.
The second half started with a great save from home keeper Germaine after an Abdelazon header from a free kick from Reece McLoughlin. Five minutes later Jay Connell had to be on his toes to make a great tackle on Mcloughlin after he had intercepted a pass for Johnny Fennell.

On the 55 minute Day floated a lovely pass to the back post which Thompson headed back across the goals but Lee Doyle seemed to hit it with his shin and put it wide with the goal gaping.

Dean O'Sullivan Owens made a great run down the right wing and his ball to Dillon was laid off to Day who hit a great effort from twenty yards out but flew just over the bar.

With 15 minutes remaining Owens was again on the rampage out wide and he picked out Dillon who passed to Mulhall who’s beautifully controlled curling effort found the top corner to give him the goal he richly deserved to make it 2 nil.
The home side saw out the remainder by playing possession football and will feel that the scoreline didn’t reflect their dominance in the game.

Best for the visitors were Mborlen and Mbala at the back and Callan and McLouhglin in midfield and keeper Adam Doyle. Best for the winners were Hughes and Doyle who were solid and distributed the ball well from the back, Lee Dy and Robinson in the middle while Cody Mulhall apart from his wonderful touches and vision, worked his socks off and got a magnificent goal.

Rathangan AFC 3
Kildare Town AFC 2
Sunday morning, In extremely warm conditions on Canal road, Kildare Town started off the better of the two teams. In the fifth minute they could of got off to a quick start but with some clever goal keeping skills Craig Shannon denied the Town. Kildare got their opener when Rathangan stopped as they felt Kildare Town were offside with no whistle gone the Town took their chance and made sure they were one up after eleven minutes gone. Two minutes later Rathangan had their own chance but Dan Mulpeter shot was too powerful.

Two minutes on from that Kildare made it two nil when in the fifteen minute with a very well taken goal. The never die attitude in Rathangan started to get going with some better team play. In the forty second minute Tommy Power worked hard to get a nice pass to Lee Moore who crossed the ball into the box to Arun Doyle who made no mistake to chest the ball to the back of the net.

A goal that was well needed for the home side. In the 72 minute Lee Moore was brought down for a penalty the ever-reliable Moore stepped up and made no mistake to make it 2-2 just three minutes reminding Rathangan pulled it out of the bag with some great team play with Rossie, Doyle to set Moore up for his second and Rathangan third. Kildare never gave up but it was Rathangan who survived  the day with a 3-2 win.

Newbridge United 2
Clane United 6
Both teams started well trying to get a foothold in the game. Clane managed a couple of half chances through the dangerous Eoghan Maguire and Ciaran Kelly but it was Newbridge who took the lead in the fifteenth minute.

A through ball and the striker made no mistake. Clane bounced back from this within a couple of minutes and scored through Eoghan Maguire, dome great work by Stephen Dunne on clane’s right and a great through ball. Clane had some chances through a corner and free kick with Ciaran Kelly putting  two great balls in to the box but Clane headed wide on both occasions. Newbridge caught clane out again after the half hour mark down the Clane left hand side, a couple of nice passes followed by a run in to the box and it was finished in to the bottom corner.

After this the visitors were quick to make a formation change and two substitutions with Ken Mahoney and Dean Comiskey coming on.

Clane flew out of the traps in the second half with Dean Comiskey causing havoc for Newbridge. Two minutes into the second half and Clane had a penatly through a brilliant individual run from Comiskey. Ciaran Kelly stepped up and made no mistake putting the ball in the bottom right corner.

Clane were pressuring Newbridge now and got their third in the fiftieth minute through Eoghan Maguire with a one on one and the keeper saved but Maguire followed up with a header.

Clane then added a fourth goal in the 65 minute through some great work from substitue Sean Harnett, beating the Newbridge left back he crossed the ball in and Comiskey made no mistake for his 2nd goal.

Clane added a fifth with ten minutes remaining with a ball in from the left by Maguire a great touch by Comiskey passed one defender and made no mistake with the finish. With the clock running Mark Kelly made a brilliant run playing Sean Hartnett through who crossed the ball in but the keeper pulled off a save from the initial shot but the ball found its way to Mark Kelly and he rifled home.  Best for Clane Dean Comiskey, Eoghan Maguire, Ciaran Kelly and Stephen Dunne

Arlington FC 2
Coill Dubh 3 (AET)
In 16 minute Dub were awarded a corner, Conor Brady swinging in a delightful cross for club captain Trevor McDonald to head home and put the visitors 1up.
Arlington were awarded on 23, Shane Nealon making no mistake 1-1.
Arlington went 2-1 up but Jack Lennon leveled it up soon after and so to extra time. In the 95 Barry Noone who's well struck shot was saved by Nickal in goals rebounding to Noah Byrne twelve yards made it 3-2 and that's the way it stayed.