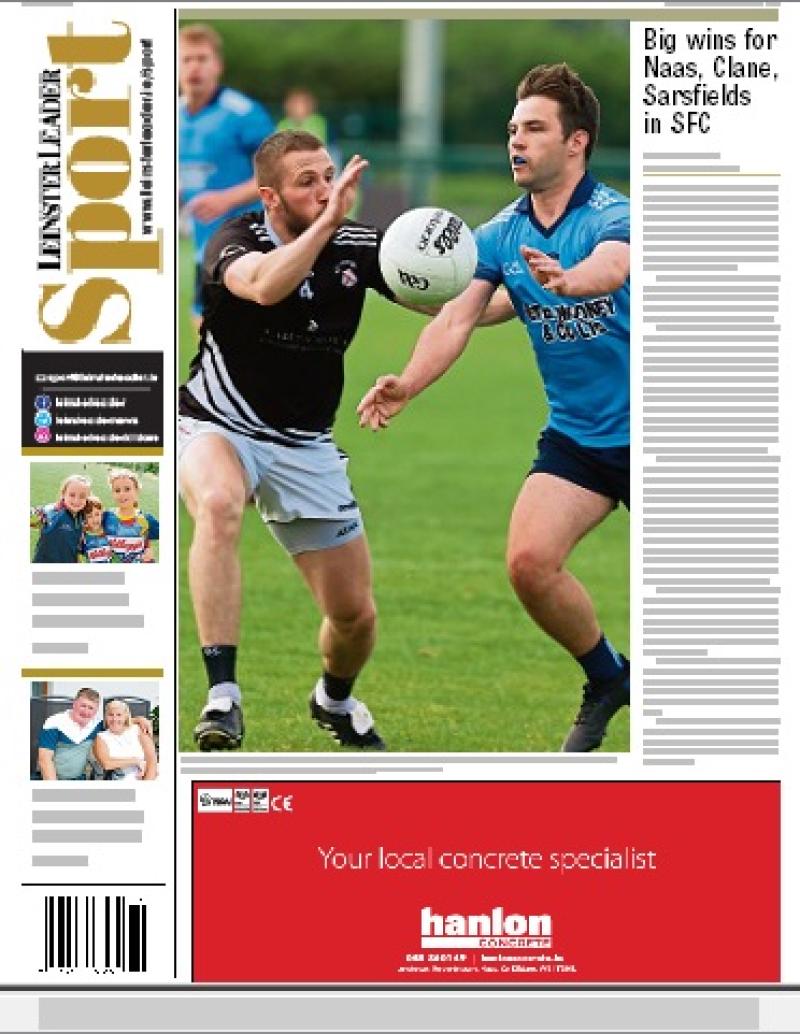 A massive weekend of championship football with Round 2 of the group games in the Joe Mallon Motors Senior Championship; The Auld Shebeen Athy Pub Athy IFC and the Tom Cross Transport JFC.

Big win for championship favourites Naas who defeated Athy; Sarsfields prove too strong for Raheens; Clane cause the big shock of the weekend with a very impressive victory over Celbridge.

Elsewhere there were wins for Johnstownbridge and Kilcock while there were draws in the Moorefield v Carbury; Maynooth v Eadestown and St Laurence's v Clogherinkoe clashes.

Meanwhile in the IFC there were wins for Monasterevan, Suncroft, Ballymore, Ballyteague, Allenwood, Caragh, Leixlip and Castledermot.

Round 3 of the JFC saw Kill, Cappagh, Castlemitchell, Athgarvan, Grange and Robertstown.

Extensive reports of all 22 championship games in this week's Leinster Leader.

This weekend sees the return of the UPMC senior hurling championship, we look ahead to the action.

Community Games: A fine showing from the South Leinster atheltic finals, plus report and results and picture coverage from the county swimming finals.

Sarsfields and Newbridge great, Shay Cash, who wore the no. 3 shirt for Kildare in the U21 All-Ireland champions of 1965 was crowned World Trout Fly Angling champion, picking up some impressive prizes on the way; we have the details.

Golf: all the results from the Fairways; while a picture special as Nebridge Golf Club celebrates its 25th birthday.

In Racing, Ben Coen and Johnny Murtagh on the mark at the Curragh.

Soccer: Newbridge United on fire in Division 1 Cup; weekly round-up of all the cup action, along with the full results, fixtures and up-to-date KDFL Tables.

All this, and much more, in this week's Leinster Leadere ... in the shops now.