Maynooth complete comeback to beat Clane in SHC group A 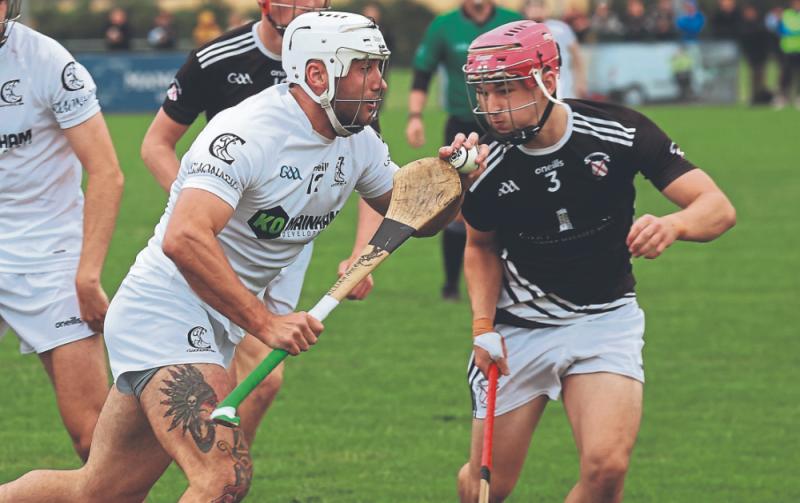 Maynooth produced a brilliant come-back to beat Clane in their second round Senior Hurling Cham-
pionship game on Fridan evening.

Maynooth looked well-off the pace early on and found themselves trailing by six with five minutes left in the opening half.
Clane were in control and were picking up every second ball but their lead was chopped in half in an instant by Tadhg Forde. The corner forward had a pass fired into his path and he turned his man to find himself one on one with goalkeeper Lorcan Harney who he powered his shot past down the middle.

Maynooth entered the break still trailing by three, at 1-3 to 0-9, but the momentum had firmly shifted in their favour.
That change in feeling was kept in both teams through into the second half as Maynooth racked up six white flags with just one in reply. Three of those Maynooth scores came from one of their stars David Qualter who has been working his way back following a knee injury earlier this year.

That 10-minute spell in Maynooth’s favour prompted changes from the now trailing Clane. Their changes appeared to stem the flow of point concession but seemed to do little in the way of productivity down the other end. However a well-taken Eimhin Gillman score from a free kick drew the sides level.

A barren spell for both sides followed Gillman’s score but it was Simon Healy who would break the brief deadlock to give Clane the lead. The lead for Clane was as welcome as it was brief because Tadhg Forde was quick to get his side back on terms.
That score signalled the start of the second time in this game where Maynooth truly took control.

The side who had never led by more than one to this point rattled off four scores on the bounce to take them four clear of Clane who must have wondered how they found themselves behind so quickly.

But just as Maynooth did in the closing stages of the first half Clane produced a well-timed goal of their own.
It was Clane’s full-forward Bernard Deay who found himself through on goal and produced an exceptional save from Maynooth goalkeeper Sean Bean.

Deay would get a second bite of the cherry and this time would find the back of the net erupting the crowd for the biggest cheer of the night so far. It was cheers and cries of despair as Maynooth feared the worst as they saw their lead reduced to just one.

However Maynooth would be able to close out the game for victory, the last score of the game coming from David Qualter as his side got their second win of their Senior Hurling Championship season.

For Clane it’s another defeat after getting a thumping on the opening day against Naas and they will be bitterly disappointed with how they let this game, that they controlled for most of the first half, get away from them.