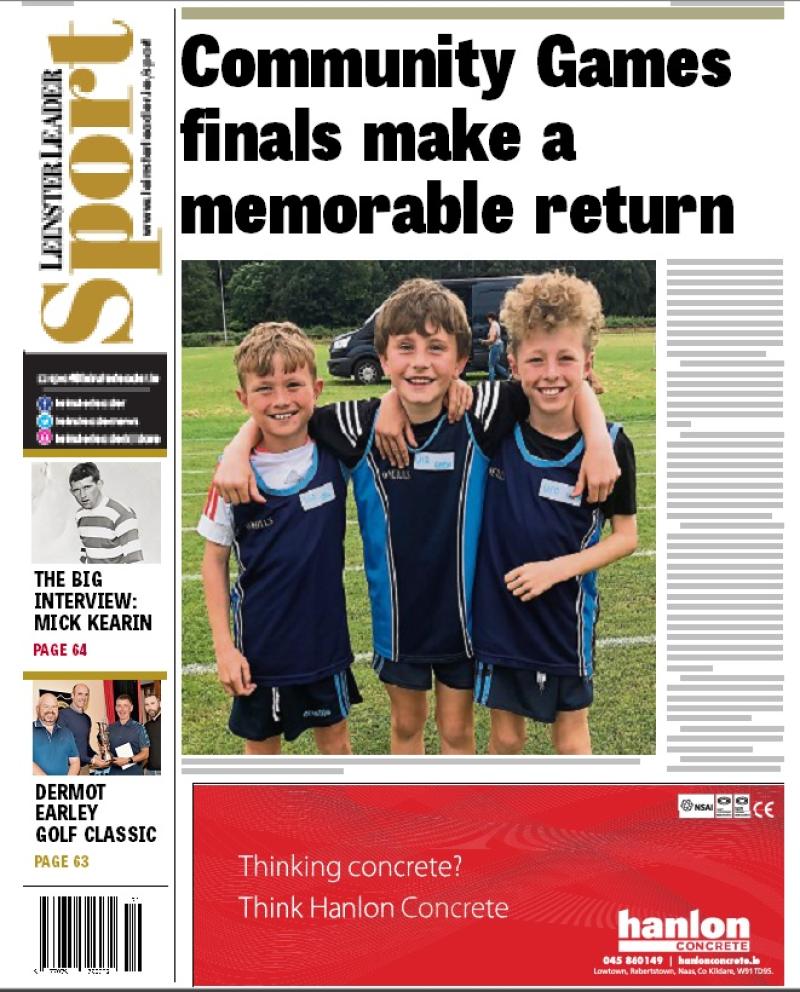 Sheridans to the fore as Naas open defence of hurling crown in impressive manner.

Icing on the caks as Grangenolvin add league title to their promotion success.

A look ahead to busy week of action on the club scene.

Two page picture special from a Feast of hurling at Naas U10 tournament.

The Big Interview: Daragh Nolan chats with Kildare town native, Mick Kearin as he recalls Cup wins and adventures with  Shamrock Rovers on the European stage.

Golf: All the results from the Fairways plus Picture Special from the Dermot Earley Classic.

Greyhounds: Coss is the Real Deal in RCETS final at Newbridge Stadium.

KDFL: Moone rise to the challenge against Newbridge Hotspurs; Naas United in control, plus Senior Focus, along with up-to-date tables, fixtures and all the results of the week.