'They took their opportunity, we were denied ours' - Kildare manager Glenn Ryan on Saturdays defeat to Mayo 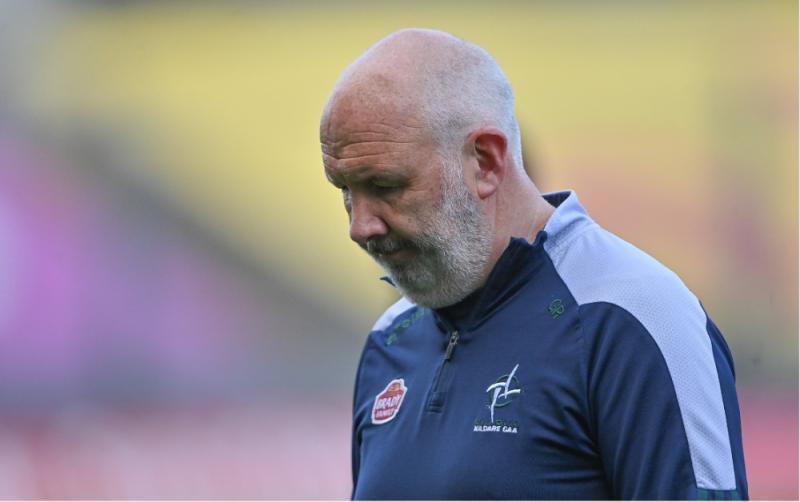 Kildare manager Glenn Ryan after his side's defeat in the GAA Football All-Ireland Senior Championship Round 2 match between Mayo and Kildare at Croke Park in Dublin. Photo by Piaras Ó Mídheach

“We came out of here the last day disappointed with our performance, we didn't think it was a true reflection of this team. But we came to this game to try and win it and unfortunately we didn't. We did everything we could do to try and get a win,” the words of Kildare manager Glenn Ryan following his side’s defeat to Mayo in the All-Ireland SFC round two qualifier.

An enormous bone of contention on the day was referee Derek O'Mahoney’s controversial decision to award a free to Mayo after he judged Ben McCormack to have handled the ball on the ground on the edge of the Mayo box.

Glenn Ryan said of the incident, “It didn't just not look like a pick-up, it wasn't. How can a referee compound one bad decision and follow it up with another. If I ask my players to go play the game and if they make a mistake just don't compound it by making another one. That should be the same for everyone out on the pitch.

“They took their opportunity and we were denied ours. And that’s a bit frustrating.”

When asked about the difference that was made by the change in defensive approach the Towers man said, “We were very conscious after the last day that we wanted to try and keep things tight. We conceded two goals, the second one was … you couldn't blame any defensive structure for that. I thought we defended the situation (for the first goal) well, they just got half a break and took our players out of the game and they took it well.”

The Kildare manager also made special mention of his players comeback after recent criticism following their Leinster final 5-17 to 1-15 defeat to Dublin two weeks ago.

“These fellas have had a lot thrown at them over the past couple of weeks. Certain derogatory tweets from people in our own county and our own media. It doesn't help. It doesn't help them get over it, it was a horrible place for these lads to be in. But from the night we came back, their resolve is something you have to really admire.”

The press conference concluded with the Kildare manager being asked to reflect on his first year in charge of the Lilies, “Oh god, frustrating. I dont feel when we look back at the results they were reflective of the effort we put in.

“Ultimately everyone who puts on that jersey at every age group wants that buzz of winning and unfortunately that is not ours this year but hopefully it is something that will drive us as we move forward.”