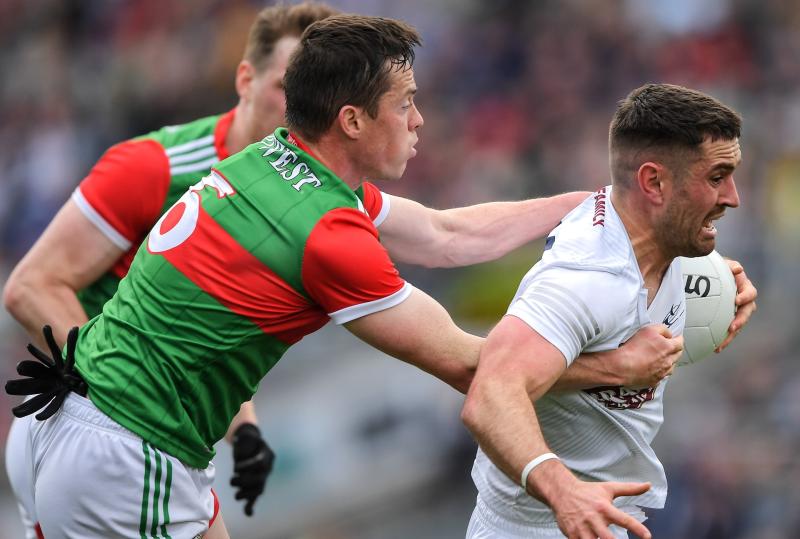 Ben McCormack of Kildare is tackled by Stephen Coen of Mayo during the GAA Football All-Ireland Senior Championship Round 2 match between Mayo and Kildare at Croke Park in Dublin. Photo by Ray McManus

In the end five points separated Mayo from Kildare in today's All-Ireland Round 2 clash at Croke Park, while the winning margin does not do justice to the Kildare effort, who gave it everything, one has to admire Mayo, their resilience and their refusal to simply accept defeat.

Once Mayo got their first goal to level on 62 minutes the writing was on the wall, Oisin Mullin getting on the end of a defence splitting move.

Mayo took the lead soon after that, Kildare hit back to level but it was Mayo who looked the more dangerous, went two clear before Jordan Flynn fired over Arron O'Neill from distance to put the icing on the cake.

Kildare led at at the break 0-8 to 0-5 and were still in the lead until that Mullin goal.