Kildare minors lose out to Mayo despite late comeback

Two goals inside a minute in opening half sets up victory 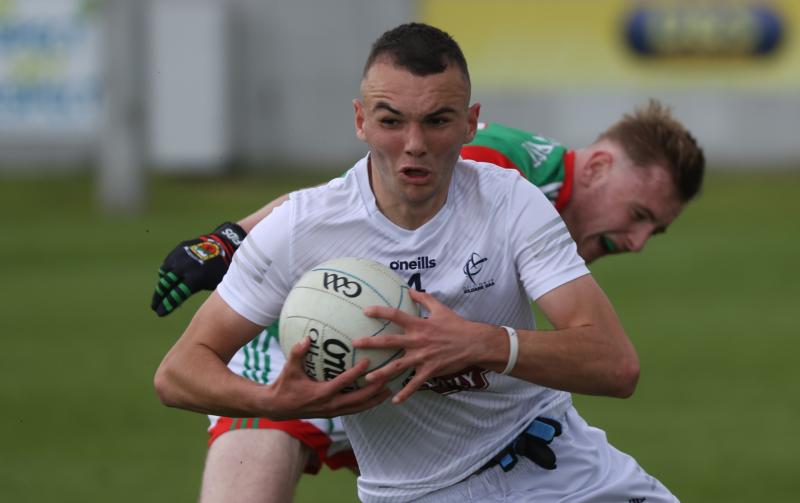 Ben Ryan clears his lines for Kildare in the All-Ireland MFC quarter-final against Mayo in Tullamore. Photo: Sean Brilly

Kildare minor footballers campaign ended this afternoon following a six point defeat at the hands of Mayo at Tullamore this afternoon.

In a game that saw the sides share six goals with the boys from the west at one stage in the second half leading by 11 points but the Lilies attempted a grandstand finish with two goals (one penalty) from Eoin Cully and Ben Loakman, cutting the deficit to five but it was Mayo who finished it off with two late points to secure the place in the All-Ireland semi-final.

Mayo, despite playing against the strong breeze, led at the break 3-5 to 1-7, two of their goals from Ronan Clarke and Niall Hurley coming inside a minute, with Hurley also getting the opening goal.

Kildare on the other hand, after a poor start, slowly got into the action and a goal from Ben Loakman had them in the lead, a lead however that did not last too long with those two green flags arriving in the 25 minute.