Kildare vs Dublin; "We felt embarrassed...you just wanted to be anywhere but Croke Park"

Daragh Nolan recounts a day to forget for the Lilywhites 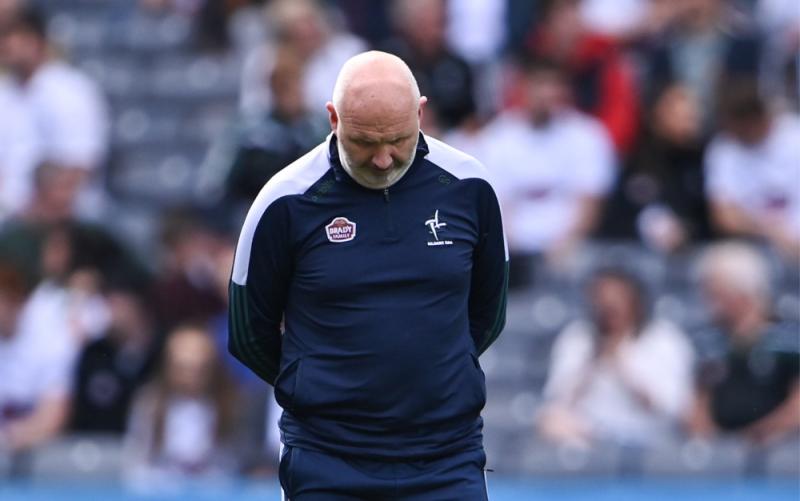 Usually designated for the pressbox, I opted this time for the Hogan Stand for Saturday’s game. What an idiot.

I sat through a vintage Dublin performance as they wiped the floor with us. I wondered how I could have done this to myself. I felt even worse for the rest of the men and women donning white whose job it is not to cover this game, because it wasn't just another loss. We felt embarrassed, we didn't want to rise to the Dublin jeers, although a few always do, you just wanted to be anywhere but in Croke Park during that game.

Surrounded by a mix of Kildare fans in stunned silence and Dubs gloating. One young woman somehow managed to shout ‘Come on Dublin’ in the exact same tone and pitch for the entire first half creating what I could only liken to the world’s most aggravating record player.

We bought our tickets with hope in our heart and visions of cheers and roars in a serious Leinster final battle. We knew we were going to need an unbelievable performance and to be fair I absolutely cannot believe what I watched for 70 minutes.
The first goal goes in and you are thinking that was shockingly soft but nothing new there, we had seen this against Westmeath, the U20’s final and so on. An early goal concession seemed part of the routine at this stage. Which is wrong in itself but nevertheless.

It was hard to fathom, the defenders looked like they were experiencing sleep paralysis. Their brains knew something bad was happening but their body couldn't respond to stop it.

The plan defensively seemed to be nothing. Don't press the ball from their kickout and allow them to gather easy possession while going man for man inside. Player for player in a style you could scarcely call marking.

The Dubs strolled out with the ball and picked us off with a sudden burst of acceleration as they picked out each pass with all the time and freedom that might be experienced at the end of an arduous training session. Sometimes for a total implosion you can't blame the management team, players lose their heads or occasionally freak results just happen in sport.

Not the case here, as the half-time whistle blew I began to attempt to process what I had just seen. I was about as excited for that second half as Glenn Ryan is for a press conference.

Trailing 5-7 to 0-6 at the break I had a moment of clarity through my cloud of despair.
‘Why didn’t they change anything?’
Five goals in 26 minutes.

How in that spell you would not see the need for a change of shape or substitution.
A sweeper came in after goal number four but no changes. We were being torn asunder and nothing.

First half substitutions are uncommon but so is five goals in under half an hour and if you can't back yourself to make big calls in a Leinster final, I don't know where we are at.

Those are only the short-term issues with decision making and defensive structure. Long-term, every weakness that has been evident for months was not addressed in the slightest.

As recently as Westmeath in this campaign and as far as Mayo in the league these problems have been here in terms of the defence. But that whistle goes and you dare to dream. The first goal was a familiar feeling, but it was the sixth minute and 2-2 to 0-1 that gave the collective feeling ‘oh no’.

I'm caught between a rock and a hard place with criticising players. They were miles off it against an incredible team. The marking was appalling but they were left out there to take their beating unaided by those on the sidelines. They were being taught a lesson, I’m just not sure why they were allowed to be taught that lesson five times.

The management team has earned no such sympathy. Nobody was expecting a win as we woke up Sunday. Every Lilywhite I met in the lead up at a bar, bathroom or in passing said ‘I think we’ve a chance’.

So before anyone jumps into this saying we shouldn't be expecting ourselves to beat Dublin at the first sign of promise, we weren’t.

But we walked out of that stadium embarrassed. Every problem we had seen in a relegation league campaign and in the semi-final of this Leinster championship came home to roost in the most brutal way possible. The complaints would be never be about losing or winning but about seeing how far we thought we had come. But nothing had changed, before the game or during it. As we all sat in the stands shaking our heads in disbelief.

Real Madrid and Liverpool’s Champions League final started a half an hour late — and so did Kildare’s Leinster final.