Lilies out-gunned and out-scored in the opening half 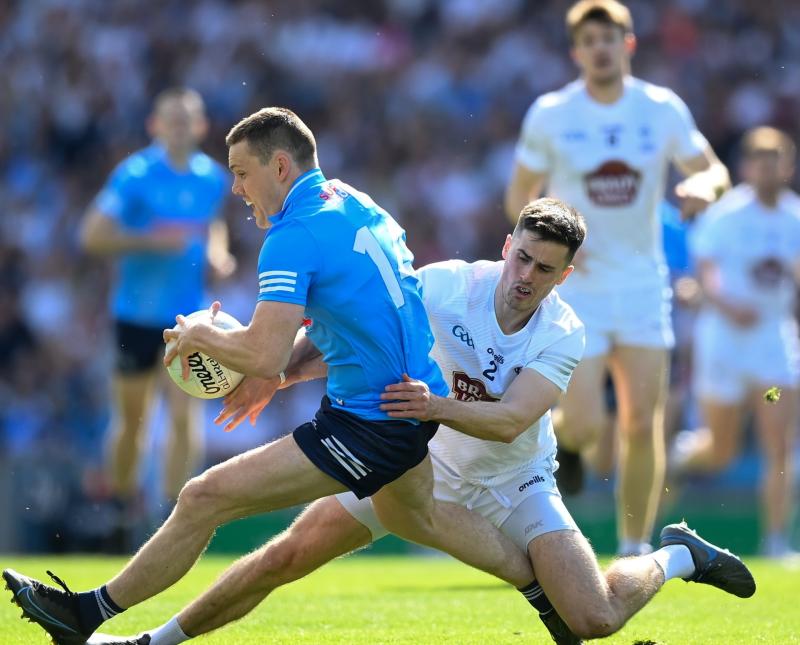 Kildare during the Leinster GAA Football Senior Championship Final match between Dublin and Kildare at Croke Park in Dublin. Photo by Stephen McCarthy/Sportsfile

Dublin made it 12 Leinster championships in a row this afternoon when handing Kildare what can only be described as a major drubbing. In the end there were 14 points separating the teams, with The Dubs finding the Kildare net on no less than five occasions in the opening half.

In that period Kildare were in total disarray especially at the back as Dublin showed they are back to close to their very best.

The game all but done and dusted at half time Dublin leading 5-7 to 0-6 and while Kildare did improve somewhat in the second half, they never caused their opponents much trouble desspite Jimmy Hyland for the net and Ben McCormack hitting an impressive five points.