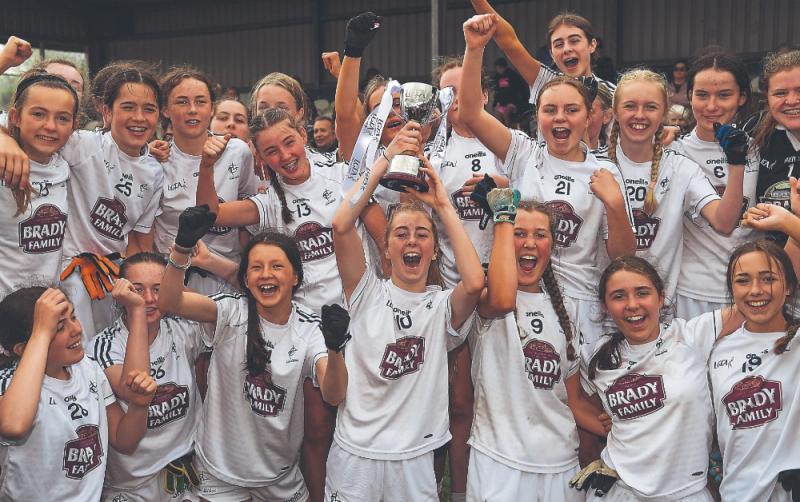 Kildare Captain Katie Ray, number 10, and her team mates with the cup by after the the Ladies Football U14 All-Ireland Gold Final match between Kildare and Tipperary

Two first half goals proved crucial as Kildare were crowned All-Ireland U14 Gold champions in front of a packed Crettyard on Saturday afternoon.

Kildare led throughout and despite huge pressure from Tipperary, the Lilywhites prevailed. Tipperary got off to a good start and had two points on the scoreboard courtesy of Abbie Horgan. Kildare took time to settle, Keelin Dermody opened their scoring from a free before Amy Jones levelled matters two minutes later.

Kildare were moving the ball well with surging runs from wing forwards Katie Ray and Aoibheann Birchall troubling the Tipperary defence. The game’s opening goal came on 11 minutes courtesy of Keelin Dermody, who hit low and hard into the bottom corner of the Tipperary net.

Aoibheann Birchall pushed Kildare into a four-point lead a minute later. Tipperary’s Abbie Horgan and Grace Hogan threatened the Kildare defence and while Hogan added a free, Kildare did well keeping out the Tipperary attack.

In a quickfire two-minute spell, Birchall added 1-1 to stretch Kildare’s lead further before a third Horgan point brought Tipperary back into the contest. Kildare finished the half strongly with Amy Jones pointing her second free and Keelin Dermody firing over. Kildare led 2-6 to 0-4 at the break. 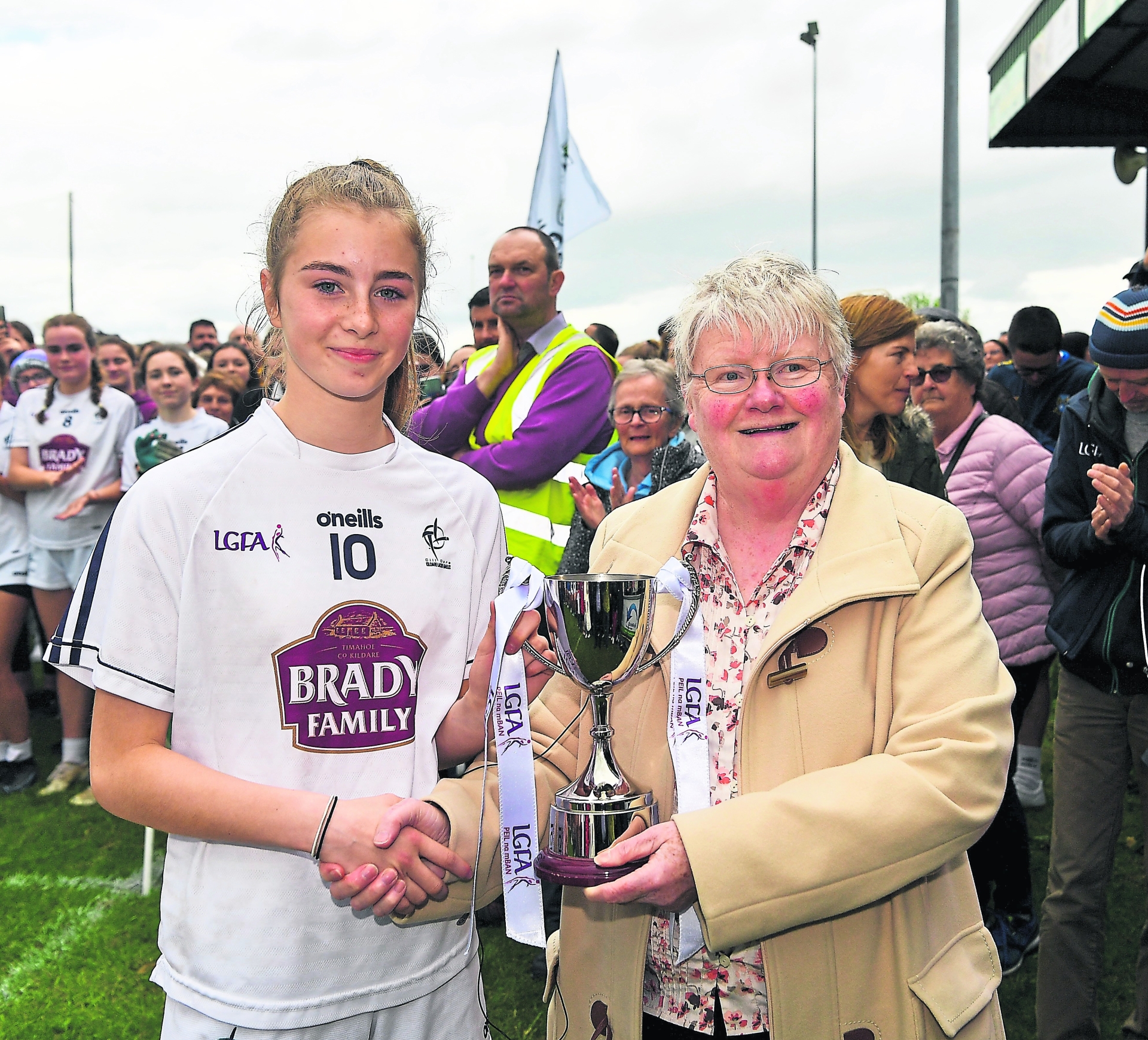 Katie Ray is presented with the cup by Geraldine Carey, LGFA Management

The second half was a much cagier affair with both defences on top. A brace of frees off the ground from Grace Hogan brought Tipperary back to within six points and they could have been even closer but for a terrific save from Kildare goalkeeper Aibhe McKeon. Kildare kicked three second half points, each through the boot of substitute Aoibhe Kelly, the second of which summed up Kildare’s scoring threat, as Kelly received the ball, turned her marker and scored straight over the black spot.

Tipperary’s Tara Bourke was resolute in defence and while they were rewarded with a penalty late on, which was blasted over the bar by Louise McGrath, it was to be Kildare’s day with Aoibhe Kelly hitting her third point to secure Kildare’s first U14 national title since 2016.