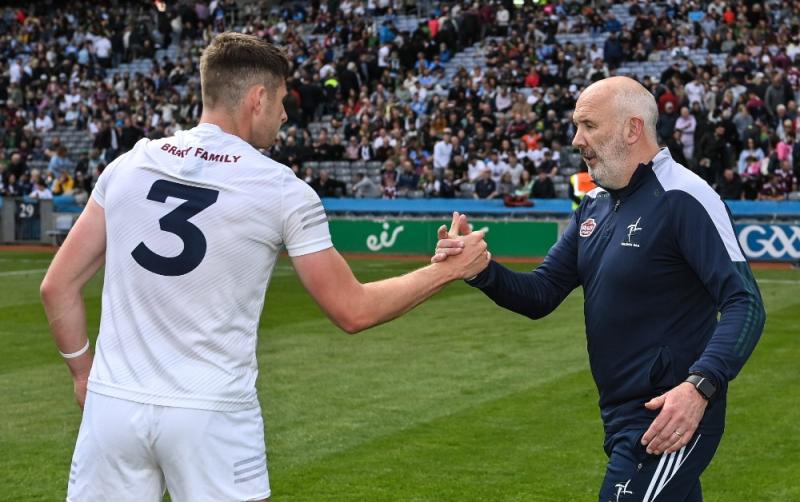 It was a very relaxed Glenn Ryan who met the press under the Cusack Stand following Kildare's three point win over Westmeath on Sunday.

If Kildare U20s conceded a goal in their All-Ireland final on Saturday against Tyrone inside 30 seconds their senior equivalents went even better conceding some six or seven seconds quickly and the manager's reaction was as one would expect.

“If you are going to concede a goal, that is the time to do it” was the Towers man immediate response, we can and will look at the video but at the end of the day Westmeath took their goal very well, they created the chance, saw it and took it brilliantly; are their things we could have done better, possibly but at the same time it was a very well taken goal on their part.”

How to watch BOTH of Kildare's finals this week

Kildare responded well, very well, and by half-time they led by four, that after conceding a second goal before the break.
The manager said that he was reasonably happy at half time, “happy that we got ourselves back into the game after conceding so early, but there are areas we need to improve upon but it was a performance that has got us to a Leinster final and hopefully there is a bit more in us.”

Asked was he happy with the proficiency of his attackers throughout the game, the manager said “that's their job, we pick forwards to score, we pick defenders to defend, we pick runners to run, so when these lads are picked to those jobs that is what is expected of them but the lads deserve great credit, to be able to perform on a stage like that and be able to perform those skills and kick some great scores is a great testament to them.”

Asked for his take and acknowledging that the forwards are playing well and scoring well was he concerned with what his side was conceding? “Once we score more than the opposition we'll take that and if that gets us over the line so be it; but defensively it starts at 15 and works its way back, we'd be happy with the effort and the application, work hard and trying to do what they can from a defensive perspective, I thought Westmeath played well and took some great scores; can we improve, there are always areas a team can improve; do I think that performance can win us a Leinster final, I doubt it but I will still be expecting an improvement in all areas for the next day.”