Kildare book final spot but much to contemplate

Just three in it at the end 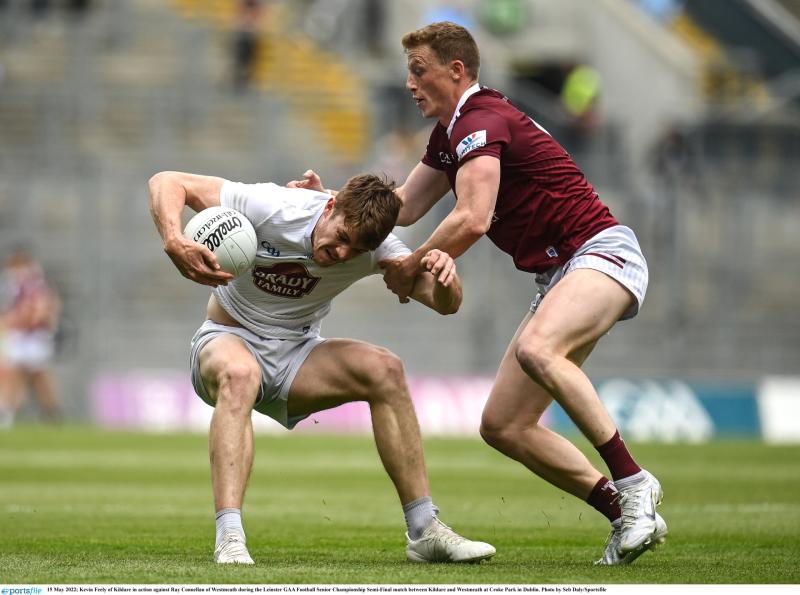 Kildare booked their place in this year's Leinster final with an unconvincing three point win over Westmeath at Croke Parkk this afternoon.

It was a mixed bag from Kildare who looked very dangerous in attack but were certainly found wanting at the back.

Kildare led at the break, despite conceding a goal after 23 seconds and a second later in the half, in between they played some great football, hitting no less  than 13 points and a well worked goal, scored by Jimmy Hyland, palming the ball to the net from a pass from Daniel Flynn.

Ben McCormack was in flying form in that opening 35 minutes, with four points from play.

The score stood at 1-13 to 2-6 at the break and that increased to seven points after 53 minutes.

Westmeath kept plugging away however, and gradually reduced the lead and while they never looked like causing an upset, neverthelesss the margin of victory for Kildare certainly will leave Glenn Ryan ans his backroom with much to contemplate before the final on Saturday week.