Lilies too much pace and power for The Garden Boys 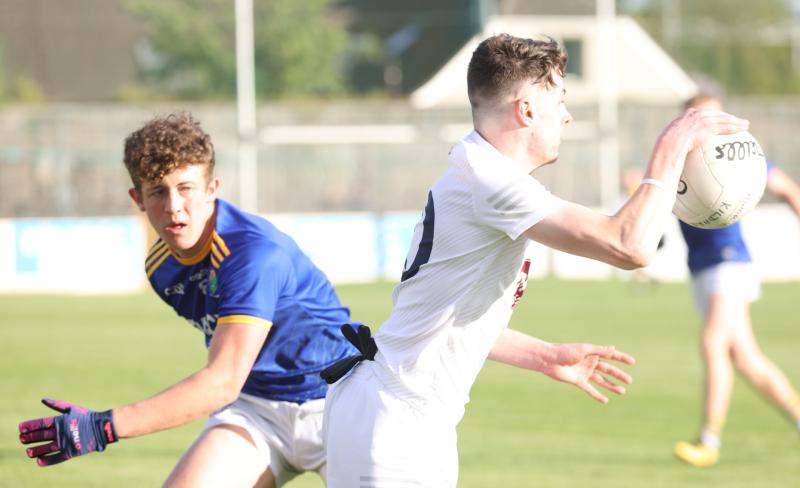 Kildare Ben Loakman spins out of the Wicklow tackle

Kildare advanced to the Leinster MFC final with a comfortable win over Wicklow this evening at St Conleth's Park on a final score line of Kildare 2-18 Wicklow 0-10.

The winners dominated from the throw in and opened a nine point lead after 18 minutes before the visitors fot their opening score of the game.

Paying some lovely attacking football the Lilies led at the break 1-11 to 0-2, the goal coming from Killian Browne.

Wicklow, playing with the breeze in the second half did improve somewhat but never threatened with the home side eventually winning by all of fourteen points.

The winners will now play Dublin or Offaly in the final, that game is being played in Parnell Park this evening.