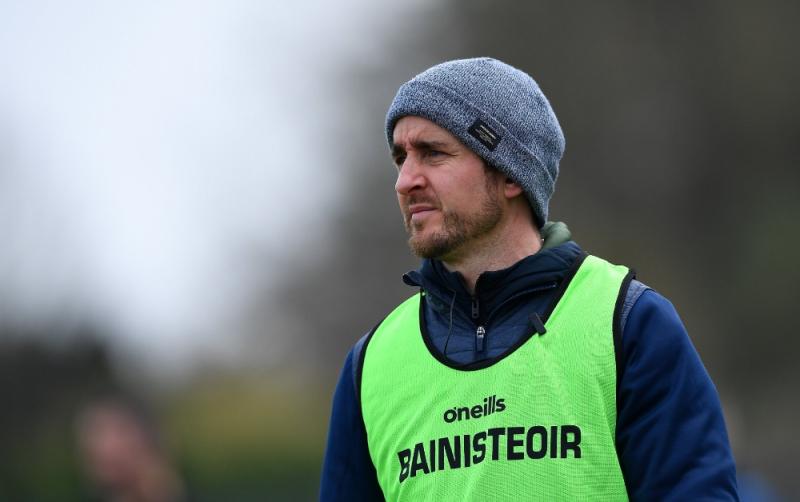 Kildare have knocked up some big scores in this season's Christy Ring Cup competition, in total in their three games against Mayo, London and now Derry, they hit no less than 1-24 (v Derry) 3-35 (v London) and 5-26 (v Mayo) — a total of 9-85 — yet one feels they are, at times, still not firing on all cylinders.

A bit harsh, maybe, possibly, probably, but they are not hot favourties to capture the Christy Ring Cup in 2022 for no reason.
For the second Saturday in a row, their manager, David Herity, looked somewhat frustrated, bordering on the annoying and he did not hide his feelings when speaking to local press after the game.

“We made very hard work of that, especially in the first half” was the Kilkenny man's initial reaction, adding “Derry made a few goal chances, Paddy McKenna pulled off a couple of excellent saves that kept us in front and I just felt our work-rate was simply not good enough in that first half today; we were very causal in a lot of balls and again we had to make some substitutions and to be honest we would have taken off five or six lads at half time the way things were going, but thankfully in the second half we had a bit more energy, but it was a very, very disappointing first half.”

While the manager admitted that he was more than pleased with the second half performance, he did insist that “there are certain standards that the lads have to make sure they not just get to but stay at and it just was not good enough in the first half and the lads know that themselves, thankfully they rectified that in the second half but thankfully we had a second half to rectify that.”

Once again on Saturday Kildare used their full quota of substitutes, five, and the manager said he felt the lads that came in brought a certain amount of energy and all did very well.

“We have a serious squad in Kildare at the moment, , there is massive competition for place so we are happy to go to the bench, again as we did today, the 26 (match day panel) has changed every match so far, as has the starting XV and the lads know when they turn up for training again this week on Tuesday, Thursday and Saturday they have to bring a positive energy to get into that 26 and again into the starting 15 for the next game against Wicklow.”

Asked about the display of Cathal McCabe, the manger said “he is absolutely incredible, he is a talented young hurler, still learning his trade but in the second half he simply ran the show as he did in the Mayo game, the London game and again today.”