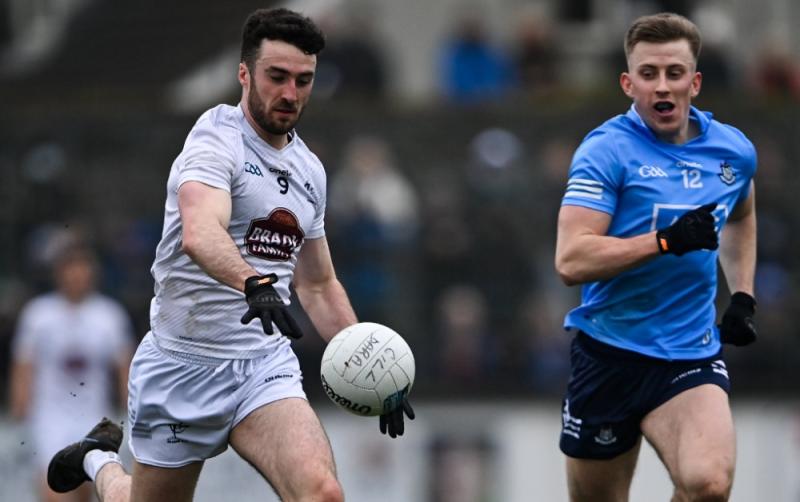 Kevin Flynn of Kildare in action against Seán Bugler of Dublin during the match between Kildare and Dublin at St Conleth's Park, Photo by Piaras Ó Mídheach/Sportsfile

Kildare and Dublin were relegated to Division Two of the National Football League last weekend in dramatic fashion after Jack McCarron’s injury-time score sealed the victory for Monaghan at Clones. Punters are doubting the All-Ireland credentials of the Dubs.

The hosts confirmed the worst news for the Dubs with a 3-13 to 1-18 win, resulting in Dessie Farrell and his men slipping into the second tier of the National League. BoyleSports have reported that support is already drying up for an All-Ireland revival this year as their odds were eased out to 3/1 from 9/4, with Kerry rated 6/4 favourites and last year’s winners Tyrone also eased to 9/1 from 8/1.

Kildare also found themselves relegated to Division Two with their blue rivals still 2/7 to win the Leinster title with the Lilywhites second favourites at 4/1.

Support however is arriving thick and fast for the Boys In Blue to bounce back to the top tier next season as they are 1/3 from 4/6 to go up as champions and a red-hot 1/20 to earn promotion.

Sarah Kinsella, spokesperson for BoyleSports said: “Many GAA fans were left in shock at how poor Dublin performed in the league this year. They are losing support in the All-Ireland betting as a result and we’ve had to ease their chances to 3/1 from 11/4 this week to see if it brings punters back on board.”