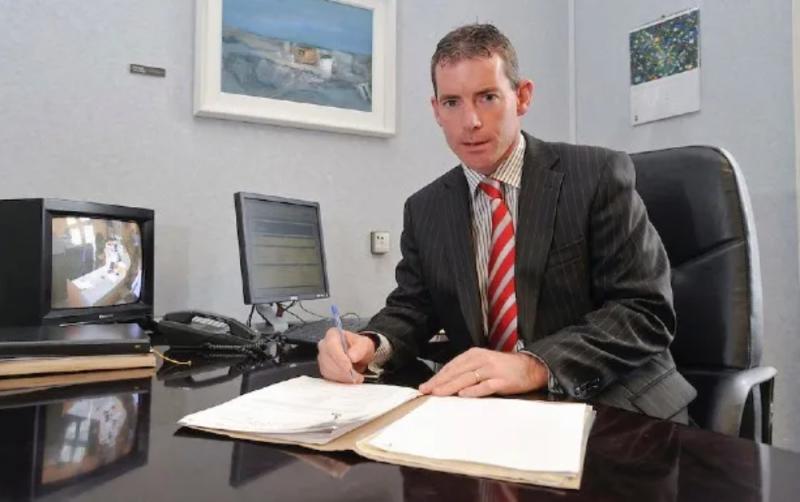 The game is in honour Ger Hoey, pictured here

Naas Gaa will host the 2022 Ger Hoey Memorial Cup. AIB, the sponsors of the GAA Club All Ireland Championships are hosting a hurling match in Naas GAA on Friday April 1 at 6:30 pm.

The game is in honour of Ger Hoey, an employee of AIB, who passed away suddenly in February 2009. Ger was a member of the AIB GAA club and this annual memorial match is played in his honour between the winners of the All Ireland Intermediate Club Hurling Championship and the AIB hurling club. Ger was a member of the St Joseph’s Doora-Barefield club in Co Clare, who won the All Ireland Senior club title in 1999.

Ger is survived by his wife Siobhán, their daughters Elaine, Caoimhe and Orla, his mother Bridget, sisters Maeve and Sarah and his brothers David and John. Ger’s father Bernie, a well known figure in Clare GAA sadly passed away in 2021.

This year’s memorial match will see the current All Ireland Club Intermediate Champions, Naas GAA play against the AIB GAA club team managed by Joe Deane of Cork and his selectors, Stephen Mc Namara , Damien Garrihy both from Co Clare and Mark Hennessy from Naas, Co Kildare. Mark is not the only connection to Naas.

Mark Hennessy, a stalwart Naas GAA man and former colleague of Ger’s, spoke of what the memorial match means to him: “Ger was an absolute gentleman and a giant on the hurling field, an inspirational figure and a great ambassador for AIB, in both his professional and sporting careers.Ger was a fantastic individual, family man, club man, GAA player, GAA fan and work colleague. He was an inspirational figure, in both his professional and sporting careers.”

The AIB team will include some of the best club players from all over the country as well as some former inter county players such as Stephen O’Keeffe of Ballygunner (current All Ireland Senior Club Champions), Michael ‘Brick’ Walsh of Stradbally, both Waterford. Kieran Joyce of The Rower Inistioge, Kilkenny, winner of 4 All Ireland titles. Kieran Murphy of Erins Own, Cork winner of an All Ireland in 2005. Other members of the AIB Club with county connections are Daithí Burke of Turloghmore, Galway and Diarmaid Byrne of Patrickswell, Limerick. Both are currently with their county panels in preparation for the upcoming All Ireland series.

Naas GAA are current Kildare, Leinster and All Ireland Champions, the Adult Hurling club chairman, Liam Greene said: “We are delighted that our club can host the AIB team, management and the Hoey family in Naas for this memorial match. We extend a warm welcome and are looking forward to a wonderful match and evening. Thank you to Ray Lynch and Mark Hennessy from AIB and to our club committee and grounds teams for their work.”