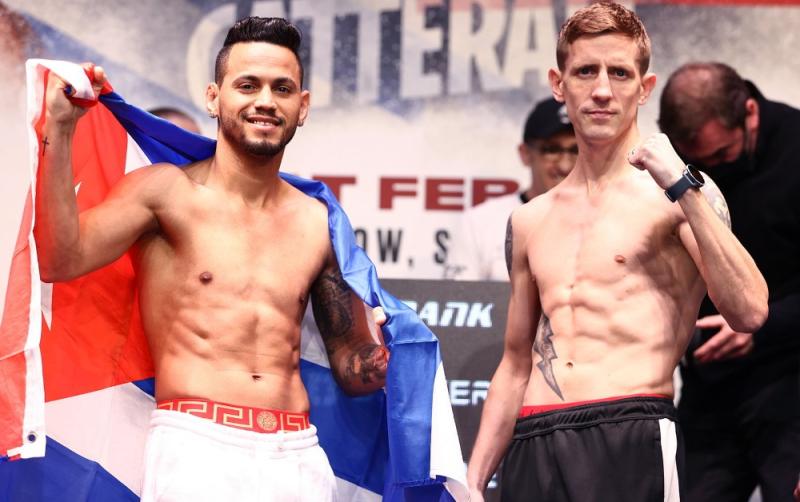 Eric Donovan, right, at the weigh-ins of his fight with Robeisy Ramirez.

Kildare boxer Eric Donovan took to social media to announce that he will be fighting in Europa Hotel Belfast with an opponent yet to be confirmed. Donovan also announced that 2022 will be his final year as a fighter, the news comes three weeks after his TKO loss to two-time Olympic gold medallist Robeisy Ramirez.

Donovan turned professional at 31 and shared that he and his team feel world title contention out of reach at 36 years old. But it is a quick turnaround for the Athy boxer who will be trying to get back in the win column in just eight weeks time.

A little reflection on my last fight, my career, and what's next. ⚡️ pic.twitter.com/m1IIY9SPj5