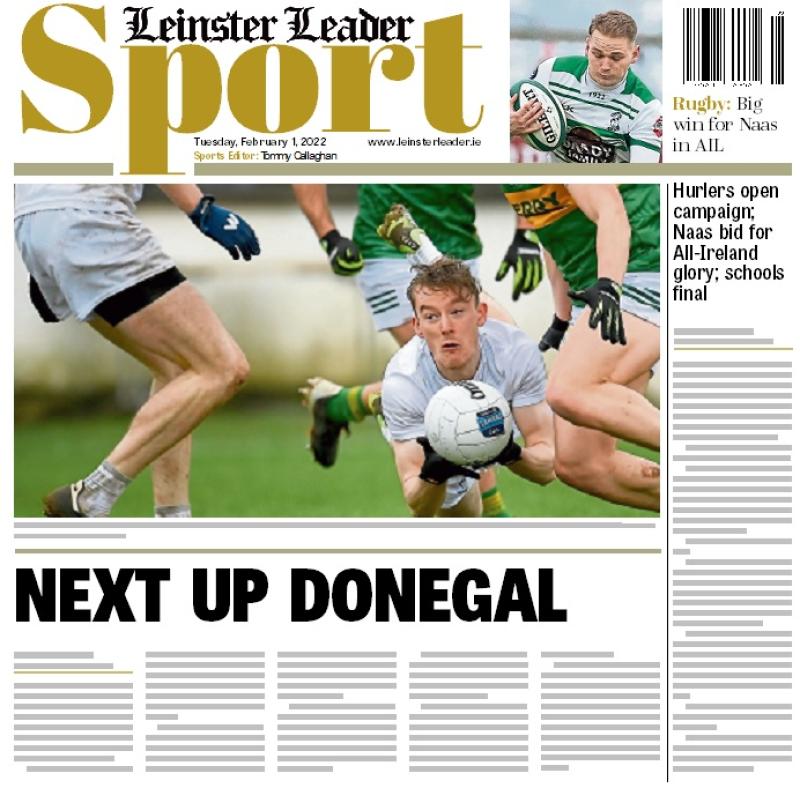 In front of a packed house at St Conleth's Park, Kildare and Kerry drew in their opening game of the Allianz Football League (Division 1); we carry an extensive report, reaction, comment, with all the results and league table and look ahead to Sunday's clash against Donegal.

We'll take the point but we have a lot of things to look at: Glenn Ryan.

A lively start, on and off the pitch (Tommy Callaghan).

As Naas look forward to the All-Ireland Club IHC final in Croke Park on Saturday we carry a four page special on the big game and look at the Kerry and Munster champions Kilmoyley.

Rugby: Naas on top in another cracker against Shannon in the AIL; Newbridge hold out against Balbriggan in the Leinster League.

Golf: All the results from the Fairways.